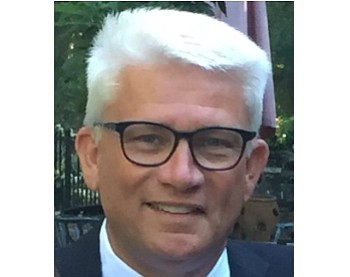 Peregrine is also changing its name to Avid Bioservices, its contract unit, and adopting a new NASDAQ ticker symbol. The company hopes the change will be completed early next year.

Lias succeeds Steven W. King, who resigned to “pursue other professional interests,” according to a company statement.

The appointment of Lias is an important step in Peregrine’s transition to a “pure play” contract development and manufacturing organization, also known as a CDMO, the company said. Peregrine said it’s implementing a plan to diversify and broaden its customer base and project mix, expand and strengthen its CDMO service offerings, and drive increased growth and profitability.

“With the demand for biologics manufacturing exceeding the industry’s current capacity and expected to continue to grow in coming years, Roger and his team have worked aggressively to establish a strategic plan that we anticipate will allow the company to take advantage of this significant market opportunity,” Chairman Joseph Carleone said.

Lias, who has more than 20 years of experience in contract development and manufacturing, was named president of the Avid Bioservices unit in September. He’s also on Peregrine’s board of directors.

Peregrine was previously a biopharmaceutical company that focused on research and development of its immunotherapy cancer drug bavituximab, for which a phase-three study was discontinued this year.

It funded clinical development of its drug candidate through its cash-generating biologics manufacturing subsidiary. While Avid reported $57 million in revenue for the fiscal year ended April 30, up 30% from a year earlier, Peregrine incurred losses—$28 million this year and $56 million last year—spending on research and development.