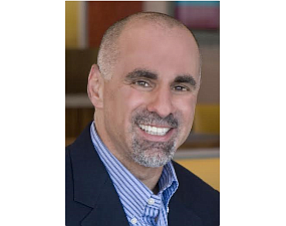 Irvine-based Ruby Restaurant Group Inc. said it wants to add 20 franchises of its smaller “dinette” restaurants in 2015 as part of a bid to bring the casual dining chain into the popular fast casual trend.

Start-up costs for the new model are set to average $700,000, compared with $1.3 million for the larger locations. The franchise fee of $40,000 and royalty and marketing fees of 7% of gross sales are the same.

New units are planned to run about 2,000 square feet, about half the size of a standard Ruby’s.

Ruby’s has 37 restaurants: 17 company-owned and 20 franchised. The latter include sites in airports—John Wayne Airport included—and outlet malls—including one set to open as part of the Marblehead development in San Clemente later this year, Ruby’s said.

All but two locations follow the company’s retro 1940s burger joint model. The others—one on 17th Street in Costa Mesa and another at a casino Atlantic City, N.J.—sport a 1960s vibe that’s been adopted for the dinette-style restaurants.

Sidoti was a founder of Juice It Up, and was most recently with Yogurtland Franchising Inc., both in Irvine.

Yogurtland grew from 37 stores to 300 in the five years he was there, Ruby’s said.

Ruby’s has been testing the dinette concept for about eight months; a third location, in Hawaii, closed not long after it opened last summer, Sidoti said.