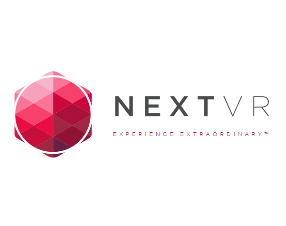 Laguna Beach-based startup NextVR will stream the Democratic presidential debate next month in Las Vegas on CNN, adding to its list of firsts in the developing virtual reality segment.

The feed, which will put viewers on a 360-degree stage with Hillary Clinton, Bernie Sanders and possibly Joe Biden, will be accessible through the Oculus Home app. Viewers must have the Samsung Gear VR headset and run the footage on the Note 4, Galaxy S6 or S6 Edge smartphones.

The broadcast is the first live debate that will be available in virtual reality.

NextVR broadcasted the first Republican presidential debate this month at the Reagan Library in Simi Valley, but the content wasn’t available until after the event.

NextVR has carved out a niche in VR—live event coverage—by partnering with news outlets and professional sports leagues, including NASCAR and NBA and NHL.

In May, the company aligned itself with three of the biggest powerbrokers in entertainment, sports and broadcasting when Hollywood and sports executive Peter Guber was named chairman of the company’s newly formed advisory committee.

Guber is the founder and chief executive of Mandalay Entertainment and part owner of the Los Angeles Dodgers and Golden State Warriors. He also runs Dick Clark Entertainment, the largest awards show producer in the U.S.

The Oculus Home app was developed by Oculus VR Inc., which got its start in Irvine three years ago and moved its executive team to Facebook Inc.’s Menlo park headquarters after it was acquired by the social network for $2 billion last year.