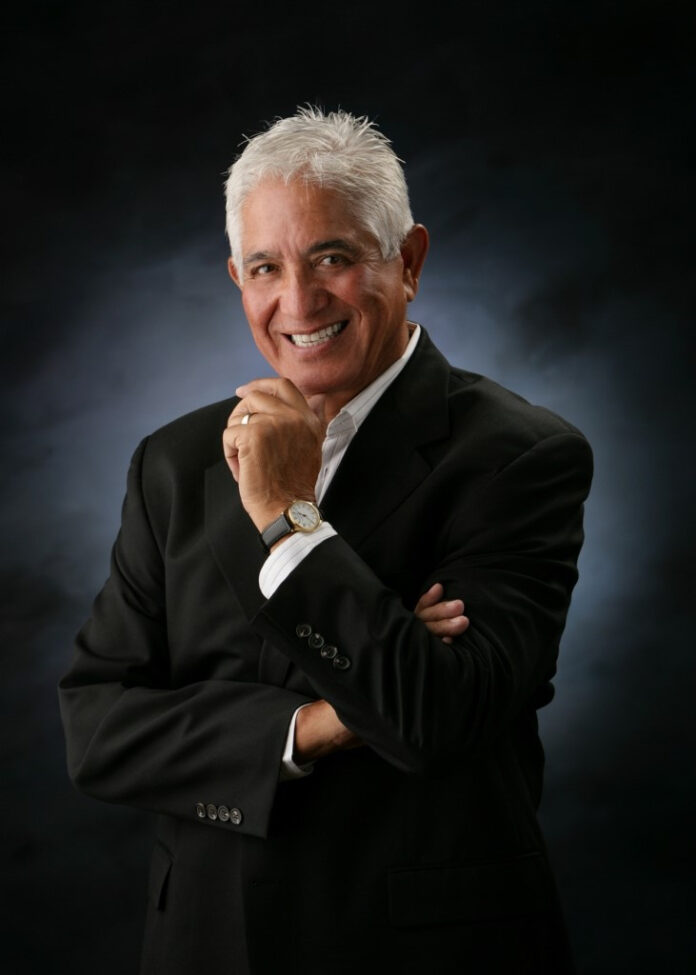 Jan. 8, 1969, started out as an uneventful day for my platoon on a search and destroy mission to follow up on ambush patrol reports of enemy activity close to the Cambodian border.

I was the tank commander as we were advancing toward a hedgerow when we started receiving heavy enemy machine gun fire and RPG’s and enemy snipers. When I felt my tank lunge forward almost going into a bomb crater, I yelled stop to the driver; it felt like we were about to lose a tank track.

I then had my loader and gunner operate the 50 caliber machine guns and throw grenades into spider holes as I jump approximately 10 feet down from my tank commander’s position to assess the situation with enemy bullets hitting all around me. After what seemed like an eternity, my driver and I successfully snapped the track back on the sprocket and were once again able to advance forward further engaging the enemy.

We were heavily engaged when an RPG hit the turret perfectly and burned through approximately 10 inches of steel spraying hot shrapnel into the tank and my lower body, mainly both legs. My loader Steve Turner was also hit by shrapnel but not killing him. I was able to lift myself and falling out of the tank hitting the ground hard.

In much pain, I began to apply tourniquets and injecting morphine into both legs, and the pain was still extremely painful.

We were still heavily engaged with the enemy as I lay bleeding out and fading in and out of consciousness, I believed I would never see my family again. Totally helpless and with no hope, I was thinking this would be the day that I die.

As I lay there clutching my rosary, I remembered what Sister Rose said to me in the 7th grade when I asked her why we pray the Rosary with an emphasis going to Mass on first Fridays of the month and she said, “Mr. Montanez, you will never die without a priest around to administer your last rites.”

With my last bit of hope, I yelled at the top of my lungs: “LORD. Sister Rose promised me that I would not die without a priest to administer me my last rites.”

My grandfather Faustino was assigned to help build railroads, demonstrating such a profound work ethic that led to promotion and transfer to the Union Pacific’s Great Northern Pacific Railroad in Montana. My parents met in Billings, where I was born. My father eventually moved to Nebraska to work on building the Interstate 80.

As I grew up, I learned and experienced why my family were such strong and dedicated American Patriots who instilled in each of us the importance of a dedicated work ethic, doing what’s right and giving back.

When I asked my Uncle Santos about his legs, he’d tell me war stories about how he was wounded at The Battle of the Bulge, and how he would never forget the heroism of General Patton’s Army coming to their rescue.

As my grandfather would say, “Here in America the favorite past time is baseball, and before you get home, you have to go touch first base, second and third before you are home safe.”

Growing up in Nebraska was fun as I played organized school sports and became a Boy Scout learning the meaning of The Pledge of Allegiance and The National Anthem. I was proud that U.S. Air Force Minuteman Missile Silos were in Nebraska.

In those days, the nightly news was full of international dramas such as the Cuban Missile crisis, the spread of Communism in Europe, and a jungle conflict in a faraway place by called Vietnam. This prompted me to join the Army to fight for “my” country before I even received my draft notification.

Waiting in line to meet the Army recruiter, I knew I wanted to be like General Patton, a tank commander. After graduation, I arrived in Vietnam in September 1968. Located northwest of Saigon, my unit was in several firefights before my war-ending injuries.
–––––––––––––––––––––––––––––––––––––––––––––––––––
After numerous surgeries, an artificial arterial in the left leg and countless hours of physical therapy, I learned to walk again. The year laying in various Army Hospitals allowed me to recall all I had learned and experienced as a teenager, suffering deep depression and even contemplating the unthinkable.

Returning to Nebraska, it was obvious that the cold winters were not good for me and thus I could not take on the family construction business as planned.

At that time, the job market for Vietnam Vets was difficult as few employers trusted us, thus making job opportunities scarce, which is a shame of those times.

I eventually went into finance, moving to Southern California in 1983. I built Metlife Capital’s western division and Vendor Finance Unit to provide wholesale vendor financing programs for major companies like Oracle and Bombardier, growing my portfolio to $1.2 billion in assets with P & L responsibility. I eventually retired from Metlife.

Always recalling quality and compassionate healthcare after being wounded, I joined the board of directors of CHOC/Mission and the main CHOC Children’s Hospital. I was honored to chair the largest annual fundraiser the CHOC/Disneyland Resort Walk for two straight years raising over $3 million.

In 2009, with the financial sector in disarray and frankly bored, I launched my construction business, EG Montanez Construction Inc., focused on VA-related construction projects, knowing it preferred to work with disabled veterans.

Realizing the beauty and potential in veterans, and those in need, especially service-disabled veterans and their families, my sister Lupe and I grew our Fruitful Futures Project. Over the years, we have provided hundreds of Thanksgiving and Christmas dinners, school supplies and furniture/appliances to veterans and other families in need.

I work with Gary Crisp and the Crisp Imaging to annually host hundreds of Marines and veterans at annual Super Bowl party extravaganzas at the American Legion Post 291 in Newport Beach.

I have been the co-chair of the Men of Character Recognition Dinner event with the founders of this event, top OC Philanthropist Ralph Linzmeier and Bill Steed, to raise millions for the Orange County Council Boy Scouts to help young men achieve critical growth skills and disciplines. I am also a director of Veteran Strong USA, a nonprofit pursuing state legislation supporting veterans and their small businesses.

Why do I still believe in America?

My Mexican grandparents found opportunities for themselves and their descendants. What some forget is that the United States of America to this day represents freedom and opportunity. It is the beacon of light in a world that can be dark at times.

Editor’s Note: Manny Montanez, president and CEO of Anaheim’s EG Montanez Construction, wrote this Leader Board for the Business Journal in honor of Veterans Day. Montanez’s Bronze Star Medal award reads: “Exposed to deadly Viet Cong fire, Sergeant Montanez dismounted and fixed the disabled vehicle. Later, with complete disregard for his own safety, he maneuvered his track through the bullet swept area in an assault of an enemy bunker. His track sustained a direct RPG hit, wounding him seriously. His valorous actions contributed immeasurably to the success of the mission and the defeat of the enemy.”