No Frowns for Smile Brands as Growth Continues 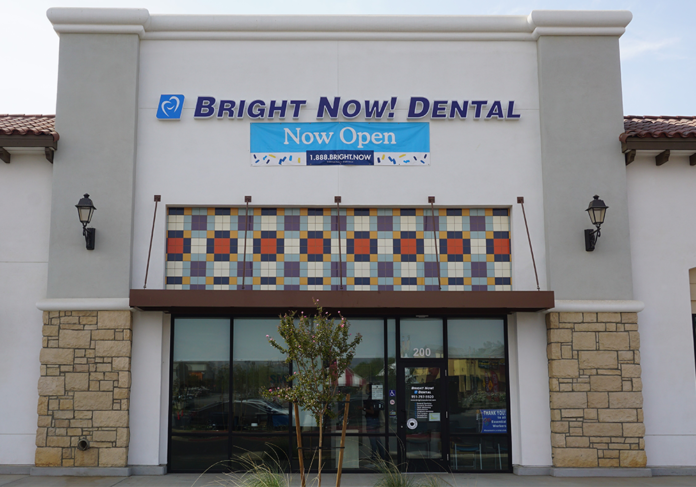 Steve Bilt knows how to lead a turnaround.

That said, the chief executive of Smile Brands Group Inc., who co-founded its predecessor business in 1998 and returned to the helm after a two-year hiatus in 2016, never imagined a challenge quite like the one his dental support organization, or DSO, faced in March.

Dental offices shuttered across the country due to state-mandated lockdowns.

“In the course of about a week, we dropped about 90% of our revenue,” Bilt told the Business Journal. “It was painful; highly noticeable.”

Smile Brands furloughed about 2,500 of its 5,000 employees, including large numbers at its Irvine headquarters, although furloughed employees still received health care benefits.

“We told our dentists, our employees, our communities, we’re going to do everything we need to do for this business to endure, to still be here after this, but it’s going to look different,” said Bilt, whose company builds and manages office practices for dentists, taking care of just about everything except the actual dentistry.

Smile Brands’ team made day-by-day decisions. It reexamined every process in its organization, from support infrastructure to office flow to general-specialty mix.

“Our team was incredible. We adapted. We reinvented. We went back when we got something wrong and looked at it again,” Bilt said.

Smile Brands has now reopened its nearly 450 affiliated dental locations in 17 states and invited every furloughed employee to return.

“Not a stone was unturned, and we ended up growing bigger than we were going in,” Bilt said.

Despite the pandemic, Smile Brands now expects to up annual revenue to about $750 million to $800 million this year, up from $700 million in 2019, due in part to an aggressive growth strategy, as well of its actions during the pandemic.

It’s not the first time Bilt has faced an uphill battle.

The company “brings visibility” to dental practices, managing everything from marketing to information technology to billing and collections.

Smile Brands grew through acquisitions of Monarch Dental Corp. and Castle Dental Centers Inc., and previously was the largest national provider of business support services for dental groups in terms of locations for a decade, Bilt said.

Bilt and co-founder Brad Schmidt left the firm for about two years in 2014. They formed another dental support organization, OneSmile LLC, and repurchased Smile Brands in 2016 with their private equity partner Gryphon Investors.

In that time, Smile Brands shed 50% of its dental offices.

“Management lost sight of that win-win partnership we had with doctors, employees, payers and communities,” Bilt said. “The business fell out of alignment.”

Gryphon Investors was rumored to be shopping for buyers at the end of 2019, according to national reports. A deal was never finalized.

When lockdowns began, Bilt compared the situation to falling off the rim of a canyon and hitting the bottom.

“We decided we would gather supplies, we would run off the coyotes, we would make a fire and stay warm—we would do all the things we needed to do to survive and take care of the people with us,” Bilt said.

A number of dental offices were selected to remain open for emergency services.

Dentists were up for the challenge, having learned how to prevent the spread of infectious diseases since the HIV epidemic in the 1980s, Bilt said.

Still, Smile Brands invested a significant amount of capital in personal protective gear, which took about eight weeks to arrive.

It also hosted daily meetings to maintain communications with active and furloughed staff.

“We made 24-hour decisions,” Bilt said, recalling the company used a daily cash-basis profit and loss calculation. “Imagine that.”

In keeping with its canyon metaphor, Smile Brands says it has emerged from the worst of the pandemic and climbed to a new point, Bilt said.

Smile Brands reassured the customers using its practices it was safe to return through calls, texts, emails and large reopening banners outside of its dental offices.

This also reduced the number of times office staff had to change their PPE throughout the day.

“We examined every process and approach,” Bilt recalled. “We really reinvented the business.”

The company also introduced a telehealth platform, coupled with webinars that explored how dentists could use virtual services to conduct follow-ups, check-ins and triage patients as needed.

Smile Brands ended up keeping about 75% of the 60 small practice deals it planned to complete this year, despite the pandemic, Bilt said.

If all goes to plan, the company will see about 6% to 12% annual growth this year, excluding a potential large acquisition, still under consideration that could boost numbers higher, he said.

Smile Brands says its marketing efforts brings hundreds of thousands of new customers to the dentist’s office each year, and that its affiliated practices treat more than two million patients a year.

About 40% of the country was estimated to receive bi-annual dental care before the pandemic, a 10% decrease from the late ’90s when Chief Executive Steve Bilt launched Smile Brands.

“And of course, the pandemic has only made the situation worse,” Bilt said.

That’s despite better consumer knowledge about the need for regular dental health checkups.

“In the ensuing period, the connection between oral health and overall health has become more known,” Bilt said, pointing out research indicates oral health impacts other health conditions such as dementia, heart disease and even oral cancer—one of the fastest-growing cancers in the world today.

Just as Bilt launched the Association of Dental Support Organizations to support research, education and advocacy of the DSO industry, he is embarking on a new mission to drive consumer awareness—using artificial intelligence.

The Dental AI Council was launched by a team of 15 business leaders, clinicians and researchers, including Bilt at the end of September.

The goal of the council is to explore how artificial intelligence could play a role in various facets of the industry, from diagnosis and treatment to software and equipment improvements and more.

As for Bilt, he hopes AI will play a role in attracting and retaining patients by reducing fear and skepticism of recommended care, as well as reluctance to the cost of care.

“AI can attack both categories in a big way,” said Bilt.

AI could give dentists the ability to show patients what’s happening inside of their mouth, and demonstrate how a condition might progress if they don’t get treatment. AI could also lead to changes in procedures that insurers cover under preventive care.

Though in its early stages, the council plans to bring the constituents of the dental industry together to identify projects that could improve and grow the overall industry.

“We’re looking to create an abundance of opportunities and ideas, rather than a scarcity,” Bilt said.