MemorialCare to Cut 194 Jobs in SC 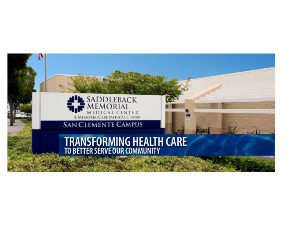 Fountain Valley-based MemorialCare Health System will be cutting 194 jobs as part of its planned closure of the San Clemente location of its Saddleback Memorial Medical Center, according to a state filing.

The layoffs are effective May 31, the same date that MemorialCare said the hospital will be closing.

MemorialCare originally intended to continue operating the hospital, which it’s owned since 2005, as an ambulatory healthcare campus without emergency care. The company later worked with state lawmakers to attempt to pass a bill allowing emergency care but that measure failed in January.

The nonprofit hospital operator, which also owns Orange Coast Medical Center in Fountain Valley, said in announcing the closure that a declining census—daily patient volumes had dropped to the low teens and “many days in the single digits”—made operation of an acute-care hospital unsustainable.

MemorialCare notified the state Employment Development Department of the layoffs, as required under the Worker Adjustment and Retraining Notification Act.