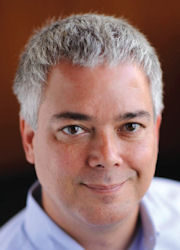 The recent roller-coaster rides of two Orange County-based drug makers make for cautionary tales about reliance on a single product.

Peregrine, which has no commercial drugs on the market, has seen especially sharp rises and falls on news surrounding lung cancer drug candidate bavituximab and its performance in clinical trials.

Shares of Peregrine lost almost 80% of their market value in late September, when the company told analysts they shouldn’t rely on clinical data about bavituximab after discovering what it called “major discrepancies” among test results upon reviewing that data. Peregrine previously had said data showed patients treated with bavituximab lived twice as long as those who only received chemotherapy, sending its shares up almost 60% in early September.

The drug maker also disclosed in a recent Securities and Exchange Commission filing that it had to pay off $15 million drawn from a $30 million loan, secured in August, as a result of reporting the trial data errors.

The payment left it with $18.99 million in cash and cash equivalents on its books. That would be enough to fund its operations through April unless it raised additional capital through an equity offering, officials said.

Peregrine shares fell as much as 15% in after-hours trading on Sept. 26 after the latest filing.

A company spokesperson said last week the drug maker would have no comment beyond the filing, which did not indicate whether Peregrine would pursue an equity offering to raise money.

• Notable: May need to raise capital through an equity offering

Aetna’s decision was reported by a newsletter published by Citron Research, a longtime Questcor critic and short seller of its shares who contends Acthar’s cost of $40,000 to $100,000 per treatment can’t be backed up by superiority claims. The drug maker, which dealt with another short-seller situation earlier this year, issued a statement Sept. 20, saying it didn’t expect the Aetna decision to hurt business.

“Insurance coverage for Acthar remains strong,” Chief Executive Don Bailey said on a conference call to discuss Acthar and reimbursement matters. “Based on our extensive experience with reimbursement with this drug over the last five years, we believe we will continue to see Acthar covered in the patient types that we are targeting.”

Not everyone believes Questcor’s travails stem from its one-drug strategy.

Questcor’s ups and downs trace to “unique circumstance” rather than its single-product orientation, said Biren Amin, an analyst who follows Questcor for Stamford, Conn.-based brokerage Jefferies & Co. “In this case, the drug’s been on the market, and it has an extensive FDA label. But you also have a drug that has very little clinical data.”

Questcor’s shares fell more than 30% again a few days after the Aetna matter, after it disclosed in a SEC filing that government regulators were investigating its promotional practices. No details have been offered on the federal probe.

“In our view, the U.S. government investigation coupled with recent potential reimbursement headwinds [creates] great uncertainty around an investment in (Questcor) shares,” Juan Sanchez, a pharmaceutical analyst with Ladenburg Thalmann & Co. in New York, said in a research report. “We believe it could take some time until the Street gains clarity on the implication of these two issues.”