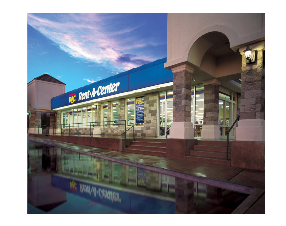 “We are outraged to learn” that the board of directors of Rent-A-Center rejected expressions of takeover interest from two private equity firms that were not disclosed to shareholders, Engaged Capital said in a statement.

Engaged Capital won a proxy battle in June to place three nominees onto the seven-member board of directors. The activist investment firm begun in 2012 by Glenn Welling began buying shares late last year of Plano, Texas-based Rent-A-Center and is now its largest shareholder with a 20.5% stake that includes swaps.

“We are concerned that the four remaining incumbent directors are willfully ignoring the voices of the majority of shareholders to continue the blind pursuit of the company’s risky turnaround plan,” Engaged Capital said.

A statement from the Rent-A-Center board said it intends to quickly implement its turnaround plan.

Shares of Rent-A-Center rose today 1.5% to $12.56. Shares are up about 62% from their 52-week low in February when Engaged Capital announced its battle.