Gross-Managed Fund Gets $500M from Soros 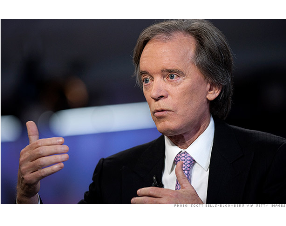 Janus said that the money from Quantum Partners LP—a private investment vehicle managed by Soros Fund Management LLC in New York—is going to an account that has a strategy similar to that of Janus Global Unconstrained Bond Fund, which Gross also manages.

Gross joined Janus in September after leaving Pacific Investment Management Co., which he cofounded in the 1970s and built into a nearly $2 trillion investment firm. He managed the Total Return Fund there, which now has about $171 billion in assets under management.

Denver-based Janus, which set up an office in Newport Beach for Gross, has about $167 billion in assets under management overall, with about $443 million in the unconstrained bond fund.