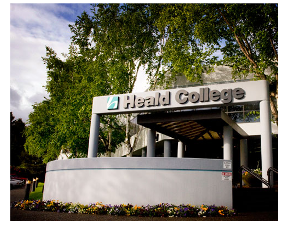 It said the fine is for alleged misrepresentation of job placement rates in 947 cases by the unit, San Francisco-based Heald College.

The department alleges Heald counted as “placed” graduates doing part-time work on its own campuses; those in full-time work outside their fields of study; students whose jobs began before attending school; and students it had paid companies to hire for short-term work of as few as two days.

Corinthian spokesperson Joe Hixson said “Heald has a well-documented track record of providing quality education … to its students,” that the allegations were based on previously disclosed data, and that the education department hadn’t given Corinthian a chance to “review, respond (to) and rebut the charges.”

The company met with California officials Monday to discuss a possible sale of Heald’s 12 campuses, he said.

Corinthian is winding down its business and selling or closing campuses. At one time, it operated more than 107 campuses in the U.S. and Canada with about 72,000 students.