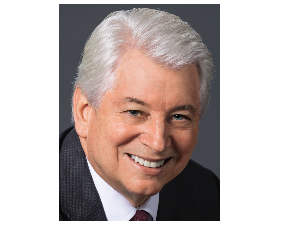 A news release said he will be chairman and chief executive at an unnamed aviation technology firm.

Slangerup is on the board of aviation maintenance software maker Mxi Technologies Ltd. in Ottawa and was president of FedEx Canada in Toronto for eight years.

He helped resolve port congestion in 2014, which included shipping companies’ decision to use larger ships that complicated unloading and a trucker strike in a dispute over their employee status with trucking firms.

The port recovered in the next year and set a record for cargo handled in July 2015.

July 2016 container cargo was down 7.7% year-over-year from that peak, however, due to high inventories at U.S. retailers and uncertainty about consumer spending, a news report said.

The port is in the midst of a $4 billion, 10-year capital improvement project that includes replacing the Gerald Desmond Bridge and developing the Middle Harbor terminal.

It handles about $180 billion in trade annually and shipping agreements with 217 seaports. It directly employs 475 and supports 30,000 jobs in Long Beach and 316,000 jobs in Southern California, press materials said.

The Board of Harbor Commissioners has begun a search for Slangerup’s successor.