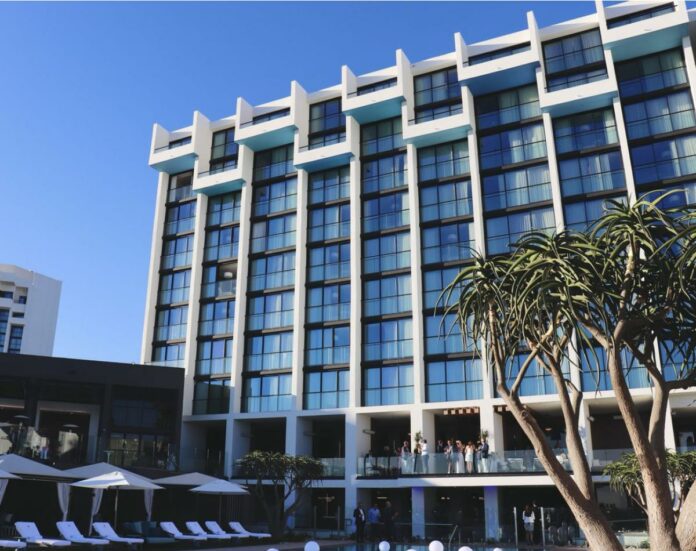 The reopening of the former Newport Beach Marriott Hotel & Spa marks one of two high-end additions being brought to the city by Eagle Four Partners, which is also working with Montage International to transform the Fashion Island Hotel into the Pendry Newport Beach, slated to debut next year.

According to Visit Newport Beach CEO Gary Sherwin, the two hotels will raise the bar for what consumers expect from modern luxury experiences.

Additions to the city’s roster of hotels are rare. The Resort at Pelican Hill opened in 2008, while boutique Lido House opened about four years ago.

“Pelican Hill forced everyone to step up their game. Now luxury is changing and the concept of it,” Sherwin told the Business Journal.

A resurgence of travel demand is occurring in the wake of the pandemic, specifically from a new generation of travelers that hotels will need to cater to.

Vea and Pendry will lead that revival locally, Sherwin said.

A venture led by Eagle Four acquired the 532-room Newport Beach Marriott in 2020 for $216 million and kicked off a massive renovation project headed by Irvine’s R.D. Olson Construction and San Francisco-based Gensler.

Eagle Four’s partner in the deal, Newport Beach’s Lyon Living, is spearheading a 22-story Ritz-Carlton condominium tower that will go up on a portion of the hotel site. There are 400 guest rooms at Vea, with 132 rooms making way for the planned residences.

Vea counts more than 60,000 square feet of meeting space, with a former restaurant redeveloped into an event venue.

The Newport Beach hotel will be the only property to feature the Vea name under Marriott. Room rates start at $459.