Business Good Thanks to Misspellings in Cyberspace 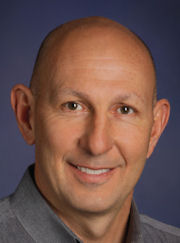 An Aliso Viejo-based company with an influential roster of financial backers has kept a low profile while enforcing online brand protection for some of the world’s largest retailers.

CitizenHawk Inc. isn’t a particularly recognizable name, but the 6-year old company’s clients—including Apple, Staples, Travelocity, Pacific Sunwear and Groupon—certainly are. It tends to meet new prospects as a bearer of bad news—CitizenHawk typically is the first to inform potential customers they’re being targeted by so-called typosquatters and other online fraudsters.

“Most brands don’t have an idea of the magnitude of the problem that’s occurring and the revenue they’re losing,” Chief Executive David Duckwitz said. “The Internet is the Wild West in many ways, and we have a way to police it.”

The 500 largest online retailers each have an average of 100 websites infringing on their brand, according to a 2010 study by Harvard researchers Benjamin Edelman and Tyler Moore on typosquatting—the practice of registering misspelled versions of popular website names to capture Web traffic. The study estimated the 250 most-visited websites lose almost 440 million impressions annually, along with $364 million in business.

CitizenHawk’s software scans the Web to identify infringements and redirections. Some typosquatters offer bogus websites designed to look like the original, while others direct traffic to a competitor or knock-off brand. Screenshots of the offending sites are catalogued and brought to the attention of targeted client companies.

CitizenHawk estimates that up to 30% of retail site names are misspelled by Web surfers, and the typos represent growth opportunities for the company room. It estimates its annual revenue at $5 million to $10 million. The company is profitable, and its revenue has been increasing at a 15% annual clip, Duckwitz said. It has 25 employees.

CitizenHawk will issue warnings, cease-and-desist letters or policy violation notices to search engine providers on behalf of clients. If that doesn’t work, it files what’s called a UDRP—short for Uniform Domain-Name Dispute-Resolution Policy—triggering a review by a dispute-arbitration panel.

CitizenHawk has filed nearly 400 UDRPs and has a 99% win rate, according to the company.

A win means CitizenHawk customers assume control of the offending website and redirect future traffic to the proper website. CitizenHawk gets a percentage of sales that might result.

CitizenHawk targets large companies that tie into affiliated marketing networks to drive traffic. It typically is retained on commission basis or other revenue-sharing agreements.

CitizenHawk recently was retained by freecreditreport.com—a unit of Ireland-based Experian PLC, which has North American headquarters in Costa Mesa—to hunt down a typosquatter that registered 1,100 phony domain names.

Offenders can be jailed and fined up to $100,000 per domain name in violation, according to the Cybersquatting Consumer Protection Act of 1999, though most reside outside the U.S and are difficult to find and prosecute.

Online travel site Travelocity had hundreds of domains infringing on its brand until it hired Citizenhawk, which succeeding in redirecting 2 million visitors back to the proper site after taking the account in 2008, officials said. CitizenHawk estimates that its efforts for the travel site have captured more than $80 million in revenue that otherwise would have been lost.

CitizenHawk’s niche service has ridden the wave of online commerce, which is expected to top $226 billion this year in the U.S., according to New York-based market tracker eMarketer Inc.

EMarketer forecasts that figure to jump 45% to $327 billion by 2016. That’s when some 192 million U.S. consumers are expected to make an online purchase, up 15% from 2011, according to Cambridge, Mass.-based Forrester Research Inc.