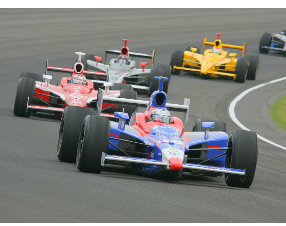 U.S. auto sales were slightly down for the month—0.3% —adding 1.14 million cars and light trucks, and are on track to reach 17.58 million for the year.

Hyundai Motor America in Fountain Valley sold 45,011 cars and CUVs last month, up 1.1% over a year earlier and the best January in the automaker’s history.

“We were able to capitalize on demand in the crossover segment with Tucson sales soaring 72% for the month,” Derrick Hatami, vice president of national sales for Hyundai, said in a statement. “We’re poised to grab more of this segment as we introduce our refreshed Santa Fe and Santa Fe Sport models next week at the Chicago Auto Show. Additionally, the all-new 2017 Elantra has begun hitting showrooms and based on the positive media response at our launch last week, we expect to see great things from Elantra in 2016.”

Kia Motors America Inc. in Irvine also recorded its best-ever January sales, with 38,305 cars and CUVs. However, it sold just six vehicles more than during the same period last year, making January a relatively flat month for the automaker.

Mazda North American Operations in Irvine was down 2.8% with 19,703 vehicles sold at its U.S. dealers in January.