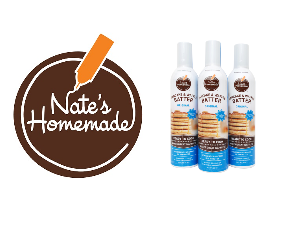 Huntington Beach-based Nate’s Food Co. said it would get a $5 million investment over two years from an affiliate of Ridgefield, Conn.-based Southridge LLC.

The investment is expected to begin in the first quarter of 2016, said Tim Denton, a principal of Nate’s and its corporate counsel.

The agreement with Tarpon Bay LLC, the Southridge affiliate, calls for it to buy shares in Nate’s at a discount of about 10%, according to a regulatory filing.

Denton said Southridge would hold some shares and resell others to other investors but would never exceed a 9.9% ownership threshold in Nate’s.

The food company is developing a premixed pancake batter in a pressurized can under the Nate’s Homemade name. The product is made in a facility in Northern California and sold online as Nate’s seeks retail outlets, Denton said.

Nate Steck founded the company in 2013, and it bought a nonoperating public shell corporation the following year. It trades on the over-the-counter market under the ticker “NHMD.”

Southridge LLC is an investment vehicle run by Stephen Hicks. It has been sued in the past for securities violations related to investor communication and company valuation by the U.S. Securities and Exchange Commission.

“Overall their reputation is good,” Denton said. “We feel pretty confident in the relationship we’ve established with them.”

Two other principal investors in Nate’s are Marc Kassoff and Jeremy Kaplan.