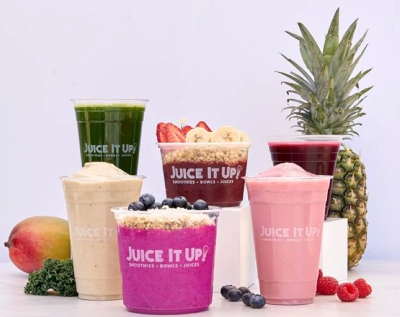 Newport Beach-based Juice It Up reported total system sales grew 7% in the first half of the year, citing 22% growth in its specialty smoothie category.

“The specialty smoothie category continues to grow as more and more customers become drawn to our nutritious offerings,” Chief Executive Susan Taylor said in a statement.

The juice chain signed four new franchise agreements during the second quarter and has 30 plus locations set for development. It says it remains on track to double its unit count to 200 stores over the next four years.

Digital sales also grew 8% from the year prior and average unit volume (AUV) of its franchise restaurants has risen 50% since 2019.

Juice It Up reported 2021 systemwide sales climbed 30% to $43 million, ranking No. 28 on the Business Journal’s list of locally based restaurant chains.