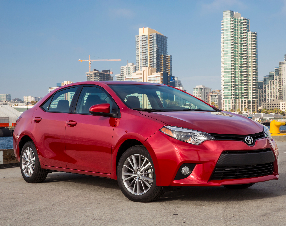 The figures, provided by Newport Beach-based Orange County Automobile Dealers Association, are based on 7,796 new car and 4,289 light truck registrations reported in the county.

Japan-based brands accounted for nearly half of October sales, at 6,144, up 5.8% from a year earlier.

Toyota Motor Corp. led all automakers locally despite a 6.2% drop to 2,121 vehicles.

Mazda Motor Corp., which has its North American operations in Irvine, had a 23.3% increase in number of vehicles sold here in October, for a total of 386.

Kia Motors America Inc. in Irvine sold 443 vehicles through OC dealers, a 9% drop from a year ago.

Digital Efforts Have MBA Programs Back in Growth Mode