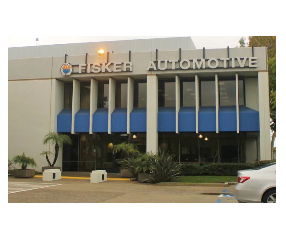 Costa Mesa-based Fisker Automotive and Technology Group said in a press release that its first U.S manufacturing plant for the relaunch of the Karma hybrid electric car will be in Moreno Valley.

The City of Moreno Valley said in a press release that the new facility comprises about 556,000 square feet in the South Moreno Valley Industrial Area.

Fisker said work at the new plant will create 150 jobs.

The Business Journal reported in May that Fisker could head to the Inland Empire to make the Karma, while looking to return to a portion of its former Anaheim headquarters. That lease hasn’t happened yet, CoStar Group records show.

Fisker has hired about 140 to staff its local operations in Costa Mesa and has said it plans to hire 100 engineers to support the new Karma efforts.

Fisker went bankrupt in 2013. China-based auto parts conglomerate Wanxiang Group bought it a year later for $149 million; it previously paid $256 million for the assets of A123 Systems, the Massachusetts-based company that supplied batteries to Fisker.