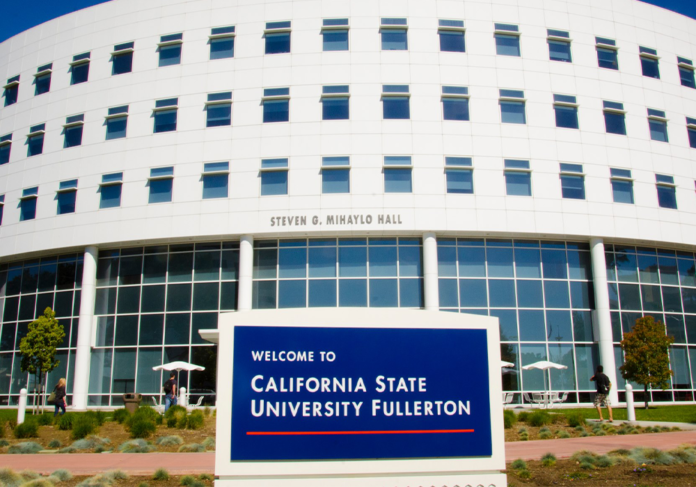 California State University-Fullerton has ended its relationship with Steve Mihaylo, whose name adorns its business school, after an acrimonious split.

Mihaylo told the Business Journal that the university’s claims were “false” and “misleading.”

“It is sad because I will always love CSUF, and I believe that the business tools I learned at CSUF regarding free enterprise and free thought are integral to my success,” Mihaylo said in a statement to the Business Journal.

The donor relationship began in 2004 when Mihaylo contributed $4.2 million to the construction of a new business school building. That building will continue to bear his name as a reflection of his fulfilled gifts, according to the university, which is one of the largest in the state with about 40,000 students.

He made an additional $30 million pledge in 2007, which included the renaming of the college. The university said Mihaylo provided about $8 million until payments ceased in 2016.

By 2018, the university claimed Mihaylo sought a deal for Crexendo Inc., a Tempe, Ariz.-based communications firm that provides cloud-based telephone services to enterprises and where he is the chief executive.

“I told Mr. Mihaylo: First, we weren’t in the market for a new phone system,” Virjee told the Business Journal. “We have one, we don’t need one. Second, that would have to be done by competitive bidding. It can’t be a prerequisite or acknowledgment for the gift. That would be inappropriate.”

Virjee said he continued to press Mihaylo to explain his actions; the conversation then morphed into arguments about the university’s poor financial stewardship and what Mihaylo said was its lack of respect for the First Amendment.

Virjee said he offered Mihaylo access to any department or division within the university to perform a financial review. He also offered to bring any conservative speaker of Mihaylo’s choice to campus, citing his background as a lawyer and his strong belief in the First Amendment.

Virjee said nothing came of these efforts.

“It’s never good to lose a contribution like this, but it is very important that we are principled and live up to our ethics,” Virjee said. “I feel strongly the college is a powerhouse, and it produces accountants, forecasters, controllers and CFOs for Orange County. Our students become OC business leaders. This too shall pass, we’ll get through it, and the college will thrive and OC business will thrive.”

Other longtime donors of the business school include Paul Folino, former executive chairman and chief executive of Emulex Corp. and Ernie Schroeder of Schroeder Management Co.

In February, the school got a $10 million donation from Nicholas Begovich and his wife, Lee.

Begovich, a longtime donor to the school and a retired engineering executive, died in May at age 98.

Mihaylo attended the business school between 1967 and 1969, before launching his first business: Inter-Tel Technologies Inc. The Phoenix-based telephone systems provider was acquired by Mitel Networks for $732 million in 2007.

Mihaylo pledged $30 million to CSUF that year, he said, after having multiple conversations with the late Milton Gordon, then president of the university, expressing his belief that “the school must always be a beacon of free expression and ideas.”

In 2008, Mihaylo joined Crexendo (Nasdaq: CXDO), which reported 2019 sales climbed 21% to $14.4 million. Its shares have tripled in the past year to a $144 million market cap at press time. Mihaylo owns 10.4 million shares worth almost $100 million at press time, according to a June proxy, which said he was 76 years old.

On Crexendo’s board of directors is Anil Puri, who was dean of Cal State Fullerton’s College of Business and Economics when he spearheaded a $50 million capital campaign that led to the naming of the school after Mihaylo. After 18 years as dean, Puri stepped down in 2016 and is now director of the Cal State Fullerton’s Woods Center for Economic Analysis and Forecasting.

Mihaylo noted the important role that public universities play in maintaining principles of free thoughts, citing his own life journey as an example; Mihaylo lived in foster homes from the age of 9 to 17, before attending the business school and becoming a successful businessman and philanthropist.

Mihaylo said the university was “stifling free speech” by disallowing many conservative speakers to come to campus, as well as exhibiting unfair treatment, citing an incident where a teacher attacked a Republican student, “where opposing views were limited, and hatred was tolerated.”

Mihaylo said he regretted that the university chose not to keep the mater private.

“Alas the university unilaterally chose not to do that and chose to unfairly paint me as someone who would not fulfill his obligations,” he said. “I believe the reality is the university chose not to fulfill their obligations to me, and far more importantly fulfill their obligations to their students to provide unbiased and diverse thought and to provide the students with a framework to access the free enterprise system and to succeed and thrive.”

Both the university and Mihaylo said they won’t be seeking redress in court.

“However, I will assert the right of free and diverse thought and free expression of thought until my last breath,” Mihaylo said.