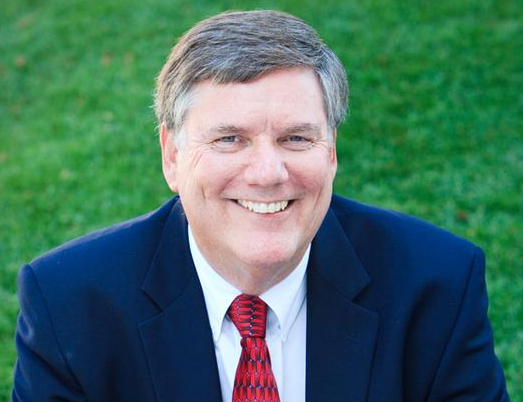 The Cove, the University of California-Irvine’s tech facility and office space that is home to the school’s Applied Innovation business and entrepreneur incubator program, is gearing up to expand its presence in Orange County’s startup scene.

UCI Applied Innovation this month told the Business Journal that it had put the finishing touches on a new lease that will nearly double the Cove’s square footage at UCI Research Park, a 36-building business park next to the university that’s run by Newport Beach-based Irvine Co.

Applied Innovation currently occupies about 46,000 square feet of space at UCI Research Park; its new home will run 84,000 square feet, taking up nearly all of a three-story office at 5270 California Ave. that was last used by chipmaker Broadcom Inc.

The relocation is planned for later this year.

Applied Innovation, the university’s center of gravity for startups, will have a notable partner at the new facility; a multimillion-dollar wet lab incubator space run by the Beall Family Foundation.

The Newport Beach-based foundation helped launch the Cove in 2014 with a $5 million gift to speed the “transfer of technology … and discoveries to the marketplace.”

This is the third expansion for Applied Innovation since it launched in 2014 as the Institute for Innovation.

It started with a 1,500-square-foot facility.

“We’ve been in this facility since mid-2015, and we grew so quickly we had to expand to the building next door. We got to the point where we ran out of space,” said Sudek, who last year told the Business Journal that Applied Innovation was looking to expand its office footprint to the 100,000-square-foot range.

Sudek said last week that Applied Innovation is currently in talks with Irvine Co. to lease the remaining 18,000 square feet of vacant space at 5270 California.

The upcoming move should “help us accelerate the growth for young businesses and UCI IP-based technologies,” he said.

Bigger, Better
UCI and the Irvine Co. are finalizing design plans for the Cove, which will keep the same theme and feel as the original location, evoking the beach with surfboard tables, orange loungers and a sandpit with toy tools.

It’s slated to open in late summer, with at least 38 existing tenants making the move to the new building.

University Lab Partners will build the wet lab space at the new facility, where startups specializing in life sciences can run experiments or test products without having to invest millions in equipment.

ULP is a nonprofit that was founded by the Beall family.

The labs will leverage “the resources and intellectual capital of UC Irvine” to launch the next generation of innovators who are “translating research into companies and products to benefit our community and greater society,” according to Ken Beall, a spokesman for the family foundation, which has been an active donor to UCI over the years; Donald Beall previously served as chief executive of Rockwell International Corp.

Applied Innovation funding comes from the university, private donors like the Beall family and user fees that will increase with the new space.

Notable occupants making the move to the Cove include the UCI Beckman Laser Institute, which will take 10,000 square feet at the Cove for its Convergence Optical Sciences Initiative, an $8 million UCI investment to bring new medical optics and photonics technologies to market.

Applied Innovation said it plans to increasingly partner with other countries to bring their startups to the Cove, giving international students the chance to connect with investors and resources to help establish themselves in the U.S.

“The goal is to increase international awareness of Orange County and Irvine, and help be a landing zone for startups out of those countries who want to penetrate the U.S. market,” Sudek said, adding that the Netherlands has already signed on to the new program.

It moved out of the Cove in 2018 to a 3,600-square-foot office in Irvine’s Park Place campus close to John Wayne Airport after receiving $3 million in Series A funding.

“We are here to lift the entrepreneurial ecosystem in Orange County, and translate the great research coming out of UCI,” Sudek said. “We are going to see more funding going into OC and more innovative breakthroughs that will drive the startup economy in the region.”

Applied Innovation is the latest office tenant to take advantage of Broadcom departing UCI Research Park more than a year ago, when it moved its Irvine operations to the newly-built Five Point Gateway office campus on the other side of town.

The San Jose-based chipmaker at one point occupied more than 900,000 square feet at the business park.

Irvine Co. said it has spent upwards of $100 million to redesign and upgrade the 185-acre campus since then, turning the office park into a multitenant campus with a variety of tenant-friendly amenities.

Other notable new and expanding tenants at the campus—which only has a few floors of space left behind by Broadcom to fill now—include Acorns Grow Inc., Skyworks Solutions Inc. and Toshiba America.

The expansion of the Cove and the addition of University Lab Partners “will distinguish UCI Research Park as a unique place for business to collaborate with a top-tier university to solve problems, create opportunity and spur business and regional economic growth,” Case said.

New amenities being added to the campus include open air meeting venues, a fitness facility and a food hall led by an as-of-yet undisclosed high-profile chef, Irvine Co. officials said.

The 36-building business park, which runs about 2.2 million square feet in total, is home to more than 75 companies and 8,000 employees, according to the landlord.