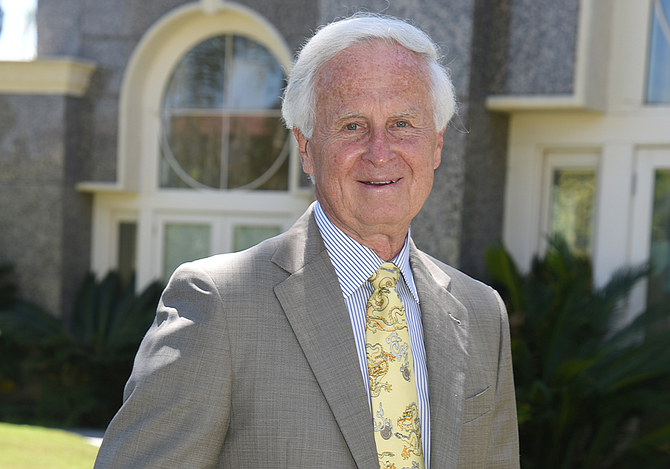 A late-year acquisition spree in North Carolina and Florida by Olen Properties Corp. has pushed the value of the Newport Beach-based real estate investor’s rapidly growing apartment portfolio in the Southeast past $2 billion.

The privately held company, which has an office portfolio primarily focused in Orange County that tops 8 million square feet, and a largely out-of-town collection of apartment complexes with more than 17,000 units, said it spent about $220 million on acquisitions last year.

Much of that dealmaking came at the tail end of 2020, according to Olen owner and President Igor Olenicoff, whose fortune the Business Journal estimates around $6.5 billion.

The reason Olenicoff said dealmaking picked up at the end of 2020: “Investors worried about the outcome of the election on real estate values,” he said.

The late year buys for Olen included the nearly $80 million acquisition of The Hamptons at Palm Beach, a 224-unit apartment community in the northern part of Palm Beach, Fla., and the purchase of The Estates at Ballantyne, a 210-unit complex near Charlotte, N.C., for nearly $70 million.

While Olen added more than a thousand rental units to its portfolio last year, Olenicoff said he had expected more going into 2020.

“We had hoped to do more this past year, however the COVID pandemic did not help with so many companies and investors who shut down or partially were not actively conducting business,” Olenicoff told the Business Journal last month.

In the end, “this worked out fine, in that it leaves Olen with liquidity to conduct more acquisitions” in 2021, he said.

Olen, which has long had a real estate presence in Florida, continues to develop in the sunshine state.

Also, it has been aggressively expanding its apartment portfolio in other Southeastern markets over the past seven or so years.

New areas of focus during that time have included markets in and around the cities of Atlanta and Nashville. The Estates at Ballantyne purchase is the company’s first apartment deal in North Carolina.

It’s “another market we have been trying to enter for some time,” Olenicoff said of the Ballantyne area, which has benefited from a booming local tech sector. “However, not much sells.”

The latest buying spree has come as market fundamentals, and valuations, for properties in those markets has only increased, according to Olenicoff.

“Prices have gone through the roof for apartments generally, and in the areas we are in especially. As an example, we just paid $363,000 per unit for Hamptons in Palm Beach, and $315,000 per unit for The Estates at Ballantyne.”

By comparison, newly built apartment complexes in Orange County have been trading at prices approaching $500,000 a unit.

Using “a very conservative estimate” of valuing Olen’s Southeast portfolio at $245,000 per unit would put the valuation of the company’s holdings in that region around $2.1 billion, he noted.

It’s the first office project outside Orange County that Olen’s bought in years; around the end of 2016, the company sold its largest out-of-town office building, a skyscraper in Chicago, for several hundred million dollars.

Olen has since focused on lower-rise office properties, primarily in OC. That’s proved fortuitous as those types of buildings have outperformed their high-rise peers during the pandemic.

Olenicoff said he expects to grow the company’s commercial portfolio in the greater Nashville area, noting it’s where “much new high-tech and pharma business growth is being experienced.”

Several one-time OC-based companies have moved their base of operations to that part of Tennessee of late, including vehicle maker Mitsubishi Motors and Cryoport Inc. (Nasdaq: CYRX), a provider of cold-chain logistics services for the biopharmaceutical industry.