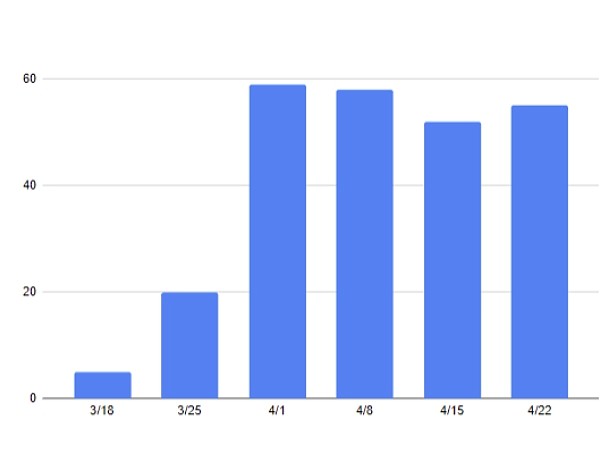 Last week’s trend in which Orange County’s coronavirus curve started to bend downward has become more of a plateau, as cities that had fewer reported cases are seeing increases, while those with early per capita increases, like Newport Beach and Laguna Beach, have been on the decline.

For the week ending April 22, an average of 55 new coronavirus cases were reported each day, up from the 52 average cases reported the week prior.

Those three cities have a combined population of nearly 900,000, representing less than one-third of the county’s total.

The county had about 1,750 cases as of Wednesday, with more than 20,000 people receiving tests.

For ongoing, in-depth coverage of coronavirus effects on OC businesses, see the Monday print edition of the Business Journal.