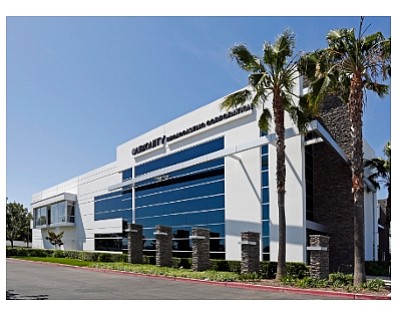 Ubiquity Inc. has been evicted from its Irvine headquarters at 9801 Research Drive.

A notice was served by the Orange County Sheriff's Department in late October on behalf of landlord Avant Garde Properties LLC, based in Arizona.

A lawsuit filed by the company in August in Orange County Superior Court shows that Avant Garde was seeking to evict Ubiquity based on the latter allegedly not honoring part of an amendment to its lease. The lawsuit states that the rental value of Ubiquity’s portion of the building - 60% - is approximately $1,900 per day. The landlord is seeking damages at this rate beginning Sept. 1.

In August, the Securities and Exchange Commission revoked Ubiquity's stock, based on a pattern of Ubiquity violating reporting requirements. The company has been transitioning from traditional media toward augmented and virtual reality work. It began in 2007 as a film and video production, post production, and graphics company, with its own studios.

In September 2015, Ubiquity failed to pay its rent on time, according to the lawsuit, and was evicted. Ubiquity appealed and in connection with the appeal, was required to post a $150,000 bond. The lease amendment, signed in May, was to reinstate the lease and included a requirement that Ubiquity would convert the bond to a letter of credit. Ubiquity got back into its building in May but has not provided the landlord with that letter of credit, according to the lawsuit. The landlord accused Ubiquity of using the $150,000 bond collateral for its own uses instead.

Ubiquity Chief Financial Officer Brenden Garrison said the landlord demanded the $150,000, as an additional security deposit, because it's trying to obtain financing for the building.

"Our rental rate is far below current rates and they needed additional security," Garrison told the Business Journal in an email.

A representative of Avant Garde Properties did not return a call for comment Thursday.

Garrison said that Avant Garde has "illegally" tried to evict Ubiquity before. He said that Ubiquity's attorney is working on having the eviction order negated, as has been done in two previous cases. Garrison said Ubiquity paid its rent in a timely manner and anticipates having access to the building in the near future.

In August, the Securities and Exchange Commission revoked Ubiquity's stock, based on a pattern of Ubiquity violating reporting requirements.