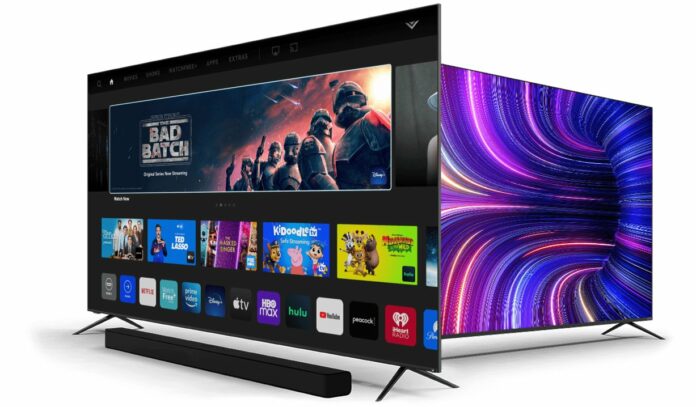 Vizio Holding Corp. (NYSE: VZIO) says it has added more TV shows and movies to its free streaming service, WatchFree+, bringing its streaming library to over 5,000 ad-supported titles and over 240 free streaming channels from over 17 studios.

Some titles new to the Irvine-based media company and flat-screen TV and sound bar maker’s streaming service include “Need for Speed” by Disney Media & Entertainment Distribution, “Death at a Funeral” by Sony Pictures and “Veronica Mars” by Warner Bros.

The new additions to its streaming library marks Vizio’s continuation of “its commitment to make entertainment available to everyone,” the company said in a statement.

“Following the [introduction] of ad-supported on demand content last November, the team has expanded the entertainment options at an accelerated pace to provide consumers with access to a massive free library of content that they can enjoy as a part of owning a Vizio TV,” said Vizio’s Vice President of Business Development Katherine Pond.

The company grew its streaming library to over 5,000 on-demand movies, TV shows and Vizio exclusive in just a few months, it said. Vizio’s streaming channels include CNN, Fox Sports and NBC News Now.