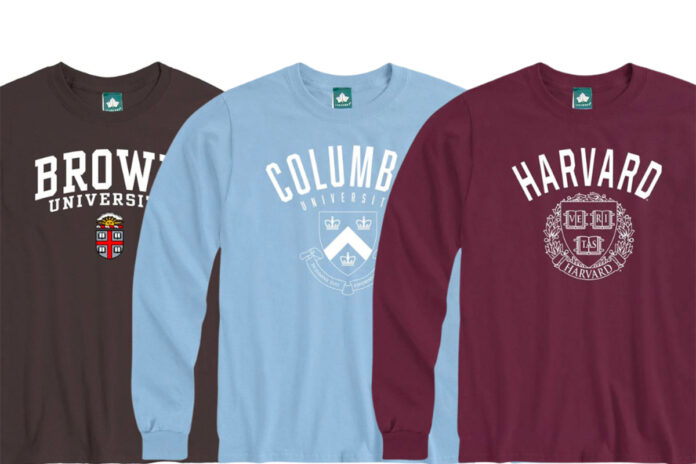 Newport Beach-based Barnesmith, one of the largest collegiate apparel companies, was acquired by e-commerce aggregator Society Brands late last month; terms of the deal were undisclosed.

Barnes himself attended Princeton University and started his career by selling T-shirts on campus in 1986. The company now serves nearly 150 schools.

Barnes will continue in the role of brand president in joining the e-commerce firm.

With Ohio-based Society Brands, the acquisition sets Barnesmith up to reach over 300 more colleges and add new lines of apparel such as hats, pants and ties.

“Society Brands has a unique model that allows our team to keep executing and growing the brand but provides a platform of support services and a portfolio of e-commerce peer collaboration that no other buyer or aggregator could have offered,” Barnes said in a statement.

The new parent company specializes in acquiring and building brands with direct-to-consumer sites or that sell on Amazon.

Founded in 2020, Society Brands has made six acquisitions in the past six months, and also raised $205 million in March.

“[Barnes] is a veteran of the Amazon and e-commerce space and has strong skills in marketing, product development and sourcing that will be an important asset to the community of like-minded entrepreneurs we are building,” Society Brands CEO Michael Sirpilla said.

LabFit was founded by Todd Levine, the former 25-year president of sports uniform manufacturer Alleson Athletic. The company launched in March of this year and provides uniforms and teamwear; its sportswear includes uniforms for baseball, softball, basketball, football, soccer and lacrosse teams across the men’s, women’s, and youth sectors.

Levine will join A4 as president. He’s known A4 Chairman and Chief Executive Mark Mertens for some time as a previous competitor.

“[Levine’s] addition to our management team completes a strategic move that will ensure our independence and continued growth,” Mertens said in a statement.

The team-up will add the manufacturer to A4’s umbrella of apparel products available on its website and through other distributors and online team platforms.

A4 was founded 40 years ago and now ships nationwide with its apparel designed and cut in the Los Angeles headquarters.

“The integrity, service and values at A4 are 100% aligned with my past experiences in the industry, and I look forward to being part of the company’s strategic plans to rise to new heights,” Levine said. n