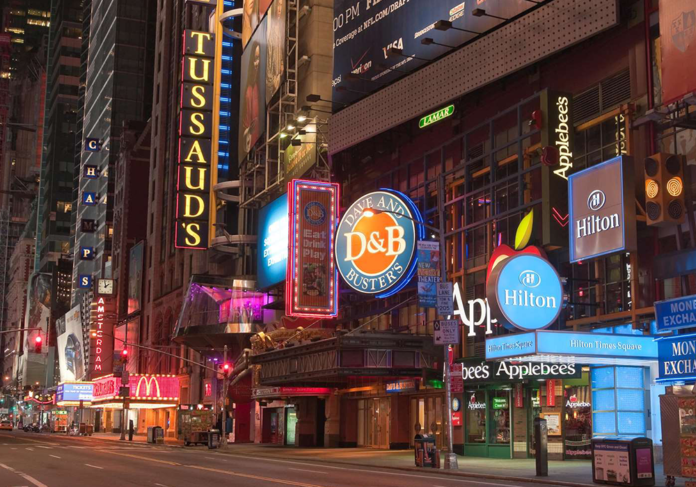 Near the start of the Great Recession, Sunstone Hotel Investors Inc. was the first big publicly traded hotel operator to hand back the keys of properties within its portfolio whose value tumbled below what was owed against them.

The Irvine-based real estate investment trust, Orange County’s 12th-largest public company with a market value of $2 billion, is not expected to adopt the same aggressive giveback strategy this go around, despite a pandemic-driven recession that Chief Executive and President John Arabia says “is by far the most difficult operating environment our industry has ever faced.”

The company could have its eyes open for more buys of discounted properties, though, given its relatively low debt levels. It’s been focused on keeping a conservative balance sheet rather than buying at the top of the market over the past year or so; the strategy “has not always been popular, nor appreciated,” Arabia said.

Now, Sunstone has “more capital to go on offense earlier than most,” he told analysts during a May conference call.

At least one giveback could still occur; news reports and company statements indicate that the real estate investment trust may surrender one of its larger assets in its 20-property portfolio, in New York City.

Sunstone (NYSE: SHO) gave a heads up to investors and analysts last month during a first-quarter earnings conference call that it is working with a special servicer on options for the Hilton Times Square.

The operator did not make its May 1 debt service payment for the 460-room property, it said last month. It hasn’t disclosed whether it did so for the June 1 payment.

A write-down on the value of the N.Y. property was the biggest reason Sunstone posted a loss of $162.5 million for the first quarter.

The value of the Hilton property was written down by about $108 million, to a value of $61 million.

Its mortgage on the hotel in the heart of Times Square runs about $77 million.

“At this moment, we’re working with the special servicer on the options which could include a receiver going into effect. If a receiver goes into effect, then the conclusion would be some sort of central foreclosure or other item,” said Chief Financial Officer Bryan Giglia.

“This is not a decision that we take lightly, but given the challenging circumstances and the confluence of material valuation hits this hotel has sustained, we believe that this is the right outcome for our shareholders,” Giglia told analysts.

The coronavirus pandemic and the resulting halt on travel has only exacerbated the N.Y. property’s financial profile, which was already suffering prior to March largely due to a large increase in rent for the hotel’s ground lease.

The impairment “was a result of deteriorating long-term profitability expectations,” notes Giglia, as well as the “catastrophic effect of the COVID-19 pandemic.”

The hotel, the company’s 10th-largest by room count, is expected to lose between $6 million and $8 million this year in earnings before interest, taxes, depreciation, and amortization. That figure could worsen if travel for the New York market does not bounce back during the second half of the year, Giglia said.

Sunstone is also in the processs of reworking the loan of another asset, the 807-room Renaissance Washington DC, for which the company is more optimistic.

“We feel good about being able to work out a good solution,” Giglia said.

“The Hilton Times Square is a very unique situation where just the confluence of several value destructive items that are all happening at the same time makes it difficult.”

That hotel is one of six Sunstone hotels that has remained open since the start of coronavirus; the portfolio’s 14 other assets were shuttered in March.

Area properties that have remained open include two in Los Angeles County, the Renaissance LAX and Renaissance Long Beach, as well as the Embassy Suites La Jolla, in San Diego County.

“A couple of those hotels have secured government business including housing the National Guard or military personnel,” Arabia said.

During the last financial crisis, Sunstone was aggressive in negotiations with its lenders, and started giving the keys back to a few of its hotels in 2009, after it was unable to come to terms on reworking the mortgage. Givebacks included the W Hotel in San Diego.

The company owned nearly 40 hotels going into the crisis; that figure dropped to 30 by the end of 2010 as it worked to shed underperforming hotels.

It in turn used the excess liquidity to go on the hunt for acquisitions, something Sunstone officials suggested could happen this time around, too.

The company’s been a net seller over the past decade.

It sold 19 properties between 2010 and 2019, redeploying the capital in nine new hotels over the same time frame with better long-term growth and potential, according to company statements.

The company made its last acquisition in mid-2017, when it paid $175 million for Key West’s Ocean Edge Resort & Marina.

Sunstone does not currently operate any hotels in Orange County; it sold its last local asset, the 408-room Hyatt Regency Newport Beach, in 2018 for about $62 million, a relatively low price due to the hotel’s underlying ground lease.

Company officials told the Business Journal earlier this year it wasn’t planning to be an active buyer, saying valuations were too high. That was prior to COVID-19 and the resulting hit to the valuations of most hotels across the country. Green Street Advisors in Newport Beach estimates that hotel properties on average lost 16% of their value last quarter.

The company is estimating a cash burn rate between $28 million to $32 million per month, which the company expects to decline as it “methodically reopens hotels.”

“While this downturn is worse than we had planned for, our conservative leverage profile gives us the safety to weather a no-revenue environment for an extended period of time, while also positioning us to be one of the first companies able to take advantage of the significant dislocation we expect in the private hotel market,” Arabia said.

He pointed to coronavirus having a potential 25% to 35% discount on the value of hotels, which could create a positive acquisition environment.

“When we come out of this, we think we will have significantly more options than many of our peers,” Giglia said.