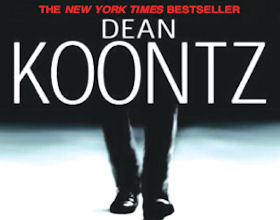 You may know Dean Koontz the horror writer.

But not many know Dean Koontz the businessman.

The Newport Beach resident has written more than 80 books, selling about 17 million copies a year and more than 400 million worldwide.

He was the sixth-highest paid writer in 2008, making an estimated $25 million, according to Forbes magazine.

Part of that fortune comes from his savvy negotiating.

Koontz is his own agent, which means he hammers out contracts directly with his publisher, Bantam Books, part of Random House Inc., itself owned by Germany’s Bertelsmann AG.

He took over those duties after firing his fourth agent six years ago. He has a friend handle foreign rights.

“It’s turned out that it’s been the most successful part of my career,” Koontz said.

Koontz, who lives in Pelican Hill, recently was a keynote speaker at Literary Orange, a gathering of Orange County and Southland authors and book fans, put on by Orange County Public Libraries and University of California, Irvine libraries.

The literary rock star commanded long lines of people aching for an autograph.

Turnout aside, Koontz said that the economic downturn has walloped book sales.

This is a first for the 64-year-old who has seen sales slow during his 42-year career, but never this much.

“Sales are sinking because so many people are out of work,” Koontz said.

Fewer people are reading novels, book stores are closing and retailers including Wal-Mart Stores Inc., Target Corp. and Amazon.com Inc. have been slashing online book prices, which could shrink publisher profits even more.

U.S. publishers reported net sales of $24 billion in 2009, down nearly 2% from a year earlier, according to the New York-based Association of American Publishers.

It used to be that publishers could be mediocre and still be profitable, Koontz said. Today, it takes a savvy publisher because there is less margin for error.

But it isn’t all bad news.

Digital readers, such as Amazon.com’s Kindle and Apple Inc.’s iPad, will create new sales, according to Koontz.

“There are people who didn’t read novels who are reading them on a Kindle,” he said. “It turns out to be a new market.”

“I don’t have any worry about books fading away,” he said.

Koontz doesn’t use gadgets or technology himself, not even e-mail.

“I made a decision early on that I was never going to use e-mail,” he said.

But it’s not because he’s a technophobe.

“I understand high-tech,” he said. “I use it in the novels.”

Rather, life is short, he said.

“When I finish writing at the end of the day I don’t want to add two or three hours to it,” he said. “I want to sit down with my wife, dog and friends and have a good time.”

Koontz employs two full-time people to help him with various aspects of writing.

His writer’s cadre also includes an entertainment lawyer, a friend for 20 years, who advises on legal matters.

“I talk to him more days than not,” Koontz said.

Koontz, who writes six days a week, is working on a few projects, including a book due out at the end of the year called “What the Night Knows.”

“It’s a ghost story,” he said. “But it’s a very different kind of ghost story.”

Koontz writes in his home office with his dog, Anna, for company.

“Play time with the dog is very important,” he said.

His inspiration comes from everywhere.

He writes ideas down on yellow-lined paper and throws them in a drawer. New ideas come along all the time, so the drawer ideas don’t get used much, he said.

“Inspiration is a very spiritual thing at times if you open yourself to it,” he said.

He used to read 200 novels a year. Now all of his reading is either research-related or spiritual and philosophy books. These days, he’s digging into books by sociologist Philip Rieff.

“They’re very difficult reading,” he said. “You plow through about two pages and you go, ‘Whoa! I got to sit and think about that a while.’”

Often his reading advises his stories. Sometimes he’ll read at breakfast to get him in the writing mood.

Koontz and his wife of 44 years, Gerda Koontz, came to Orange County by way of Harrisburg, Pa. The Koontzes were high school sweethearts from Bedford, Pa., a town of 4,000. They married right after Koontz graduated college and they moved to Harrisburg, where they lived for nine years.

“One spring it rained for 20 days,” he said. “Gerda said: ‘(Find) somewhere where there’s sun and we’re going to live there.’”

They moved to Las Vegas, where they lived for one year before meeting an OC Realtor and moving to California.

Koontz said he has no desire to travel.

He’s not a sports guy either.

“We see very good friends for cards,” he said. “I don’t see anything better than being around friends.”