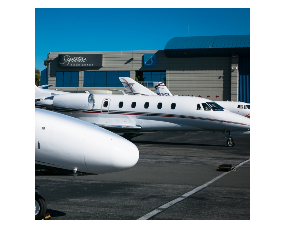 Signature Flight Support Corp. filed a complaint today with the Federal Aviation Administration in response to the Orange County Board of Supervisors’ recent decision to award a contract to operate one of two fixed-based operations at John Wayne Airport to a competitor.

JWA has two FBOs: one run by Atlantic Aviation FBO Holdings LLC and one currently run by Signature.

The complaint by Signature is a Part 16 filing, which means the company has asked FAA to investigate the process that led to the vote to see whether it complied with federal law.

The filing is contrasted on the FAA website with less-formal approaches and described by one aviation trade journal as a “formal avenue for pursuing claims against an airport sponsor … akin to litigation in a court setting.”

“We allege that we were discriminated against,” said Eric Hietala, Signature Western Regional Vice President. Signature asked the FAA for “expedited handling” of the filing as the company is currently scheduled to exit its operations at the end of the month.

A county spokesperson said via email, “the County does not comment on pending litigation.”

A statement by the Board of Supervisors following the Jan. 30 vote said the decision was “best for the County and its residents,” and that “those who do not compete favorably in a procurement process may disagree with the final selection [but] this does not make it illegal.”

ACI Jet through a spokesperson declined comment on the filing.