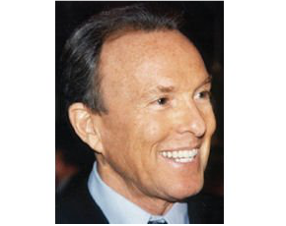 Eleven residents of Orange County were included in a recent ranking of The World’s Billionaires by Forbes Magazine.

Irvine Company Chairman Donald Bren is the highest-ranked local, at No. 64, with an estimated wealth of $15.2 billion.

David Sun and John Tu, co-owners of Fountain Valley-based Kingston Technology Inc. share the No. 309 spot, with estimated fortunes of $5 billion each.

Newport Beach-based Olen Properties founder and owner Igor Olenicoff is No. 481, with $3.6 billion.

Henry Samueli, cofounder of chipmaker Broadcom Corp. in Irvine, is No. 782 at $2.4 billion.

Bill Gross—former chief investment officer of Pacific Investment Management Co. and now a fund manager at Janus Capital Group—clocks in at No. 810 with an estimated fortune of $2.3 billion.

Real estate developer and investor George Argyros is No. 949 on the Forbes list, at $2 billion.

Rodney Sacks, chief executive of Corona, Calif.-based Monster Beverage Co., clocks in at No. 1,250, with $1.5 billion in estimated wealth, tied with Arturo “Arte” Moreno, who owns the Los Angeles Angels of Anaheim.

The list is different from the Forbes 400, which lists the 400 wealthiest Americans and comes out in the fall. The recent list ranks about 2,000 billionaires worldwide.