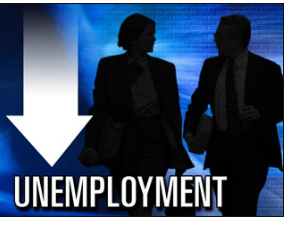 This rate compares with California’s September unemployment rate of 10.8% and the U.S.’s 7.7%. The most recent numbers for the county, state and U.S. aren’t seasonally adjusted.

Chapman University in June predicted OC jobs should rise back up to almost 1.6 million by the end of the year, translating into a jobless rate around 6.7% in the final quarter of the year.

The biggest increase was the government sector, which added 9,900 jobs, led by teachers returning to the virtual classroom following the summer break.

Professional services added 7,400 jobs, led by an increase in administrative support, including many temporary help firms.

Other sectors with gains included leisure and hospitality, 5,200, and educational and health services, up 4,600.

California has now regained more than a third, 38%, of the 2,615,800 nonfarm jobs lost during March and April as a direct result of the COVID-19 pandemic, the EDD said in a statement.

Government fell the most, 14,300, due to losses in census worker employment.

There were 2.8 million workers certifying for unemployment insurance benefits in September, down 35,671 from August. Concurrently, 226,272 initial claims were processed in September, an increase of 29,417 from August.