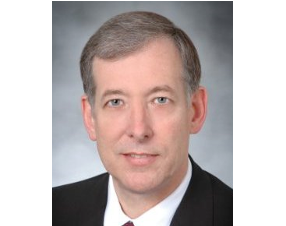 The Board of Harbor Commissioners appointed Duane Kenagy interim chief executive at the Port of Long Beach to replace Jon Slangerup, who is leaving Oct. 28 to become chief executive of an aviation technology company in Canada.

Kenagy’s salary will be $275,000 in the interim slot. Port officials said he wouldn’t be a candidate for permanent appointment.

The Harbor Commission plans to issue a request for proposals to select a firm to conduct an international search for a new port chief.

The ports of Long Beach and Los Angeles combined handle about 40 percent of U.S. imports.

Paul Eakins is a reporter at our sister publication, the Los Angeles Business Journal.