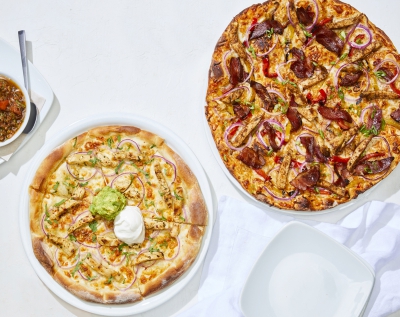 Costa Mesa-based California Pizza Kitchen said Wednesday it expects to begin offering franchise development deals in the U .S. beginning next year as it seeks to grow its restaurant footprint.

The roughly 200-unit chain known for its BBQ chicken pizza has 16 franchise agreements for U.S. airports, casinos and stadiums, but not with traditional franchisees domestically.

The company’s been franchising the brand internationally, with some 40 restaurants outside the U.S. operated by franchisees. CPK said it expects additional franchised locations in Abu Dhabi, Dubai, Honduras, Japan and Mexico among other countries.

It’s a recent addition to the OC restaurant industry, having relocated its headquarters from Los Angeles to Costa Mesa earlier this year.