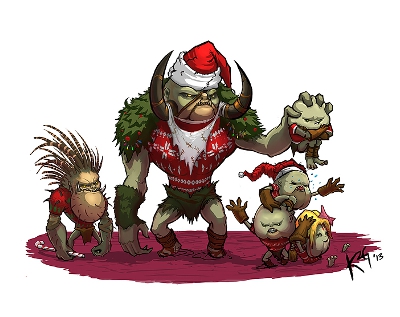 Irvine-based Blizzard Entertainment Inc., the maker of  “Overwatch” and “World of Warcraft,” is moving ahead with its eagerly awaited “Diablo 4” project, according to a flurry of reports spread by gamer-focused websites. But the company is staying mum.

The buzz started with a report in France’s Le Monde newspaper that said Diablo 4 has been shown internally to Blizzard employees in France and that a new Overwatch is in the pipeline.

“But neither will come out before 2020 at best,” according to Le Monde.

And the Blizzard employees working in suburban Paris reportedly don’t know if they’ll be able to “see things through to the end.”

An updated version makes sense since “Diablo 3” was released in 2012.

Blizzard told the Business Journal in a June 25 statement, “We’re always exploring new projects and developing new ideas, but we don’t have anything to announce at this time.”

Parent company Activision Blizzard Inc. (Nasdaq: ATVI) told analysts in February it planned to cut 8% of employment, or about 800 jobs, across all of its businesses, including Blizzard, Activision, King, and some of its studios. On a May conference call, President Collister Johnson said the company intended to increase its developer head count by 20%, including on Blizzard’s Overwatch, Warcraft, and Diablo.

The firm had 9,900 employees companywide, according to its 2018 annual report.

The Blizzard Entertainment unit entered the year with about 4,000 jobs, which includes 2,000 employees at its Irvine Spectrum headquarters.

Activision shares have dropped around 43% since October, and have been hovering around $48 apiece, with a market cap around $36 billion.

On the Move: Capital One Welcomes Eddie Kim