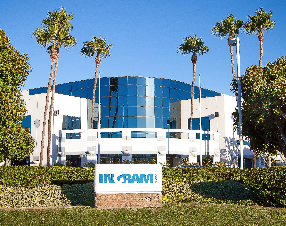 The company posted revenue of $10.6 billion, down 3% from a year ago and missing analyst forecasts of $10.9 billion. Adjusted profits topped $88 million, or 55 cents per share, up 2% from a year earlier. Wall Street was looking for 54 cents per share.

Ingram is the world’s largest distributor of computers, software and other technology products, with sprawling operations around the globe.

The company projects third-quarter revenue of $10.5 billion to $11 billion, below Wall Street estimates of $11.3 billion.

The company initiated a dividend of 10 cents a share in the current quarter and said its board approved a $300 million, three-year share repurchase program.