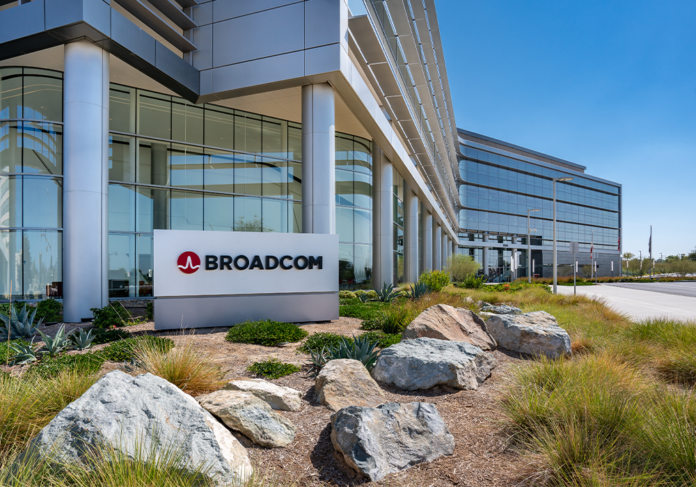 PRP is under contract to purchase the two buildings, which are occupied by chipmaker Broadcom Inc. under a long-term lease running until 2037, for $355 million.

The deal, expected to close in mid-August, will be the largest office sale in Orange County in three years.

FivePoint will deploy capital from the sale into other area commercial projects, likely including healthcare-related developments near the new City of Hope campus being planned at another part of FivePoint Gateway, Chairman and Chief Executive Emile Haddad told the Business Journal.

The two Broadcom buildings at the Great Park Neighborhoods complex total about 660,900 square feet of rentable space. The buildings are 100% leased. Broadcom has subleased a portion of its office space to others; Advanced Sterilization Products Inc. is the largest reported sublease deal there.

Haddad said last week that FivePoint wasn’t looking to sell, but got an unsolicited offer for the buildings from an overseas contact he knows.

When the developer’s high asking price was agreed to, it made sense to move forward and put the money into other opportunities, he said.

FivePoint has a buyback option for the buildings if they are put on the market again, Haddad said.

PRP, which describes itself as “a real estate sponsor with significant experience managing institutional capital,” said the in-place capitalization rate for the deal is 5.24%. Its financial backers include insurance firms and other large domestic and international investors, PRP founder and President Paul Dougherty told the Business Journal on Friday.

Broadcom currently pays about $18.6 million in rent annually for the two buildings, which it self-manages. The rent works out to a price of about $2.34 per square foot on a monthly basis. The lease calls for annual rent increases of 2.5%.

The new owners and its investment partners are actively looking for other deals in and around Orange County, Dougherty said.

The pending deal marks another notable chapter in the history of the 1 million-square-foot FivePoint Gateway campus.

The four-building complex on 73 acres near the Irvine train station opened about two years ago; it was initially built under the expectation Broadcom would own and occupy the entire site.

The chipmaker’s 2016 sale to Avago Technologies for $37 billion changed those plans. With a smaller local base of operations, Broadcom opted to sell the under-construction campus to a venture backed by Great Park Neighborhoods master developer FivePoint, and lease back the two largest buildings.

At the time, the property held about another 1 million square feet of commercial entitlements, initially envisioned for an expansion of Broadcom’s operations.

Some of those excess entitlements have been transferred to other commercial development sites at the Great Park Neighborhoods, Haddad said.

FivePoint and its investors in the office complex will have more than made their money back from their 2017 deal, and will still own one of the four buildings at the complex, when the deal with PRP gets finalized.

In May, the FivePoint-backed investor group sold the 190,000-square-foot 15161 Alton Parkway office at the complex, along with about 11 acres of land, to City of Hope in a $108 million deal.

The company’s worker base in Irvine features “highly-educated programmers” and other hard-to-replace tech workers that command high salaries, officials said.

Dougherty dismissed concerns that the work-from-home settings many have faced in recent months amid the pandemic would cause firms like Broadcom to rethink or cut back on their office space.

Some “25% of the building is lab space; that’s work they can’t do from home,” Dougherty said.

What’s more, “everything changes when we get a vaccine” for the coronavirus, he said.