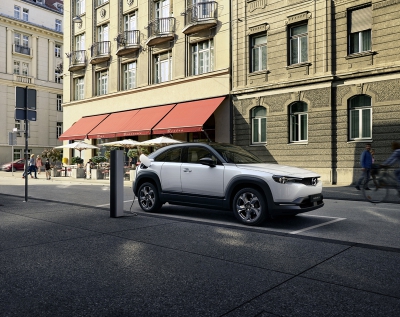 The crossover, which the company said has a 100-mile range with a fully-charged battery, starts at $33,470 and is slated to be in California dealers in October. California will be the first to see the crossover before it’s rolled out to other states next year.

The vehicle’s been available in Europe, with 10,000 units sold last year.

Mazda said it’s also starting a loaner program for MX-30 owners that allows them to borrow other Mazda vehicles for as long as 10 days. Participation in the program is good for the first three years after buying the MX-30.