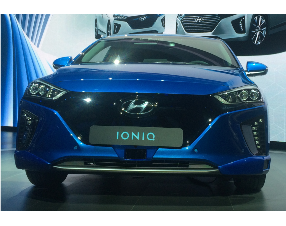 The vehicle resembles its Hyundai IONIQ electric and hybrid counterparts, which will go on sale in January.

The self-driving version has LIDAR (light detection and ranging) system that uses pulsed lasers to map the vehicle’s surroundings, as well as technology to help detect nearby vehicles and other objects: blind-spot sensors; a “three camera array” that locates pedestrians, lane markings and traffic signals; and a GPS antenna to spot other cars.