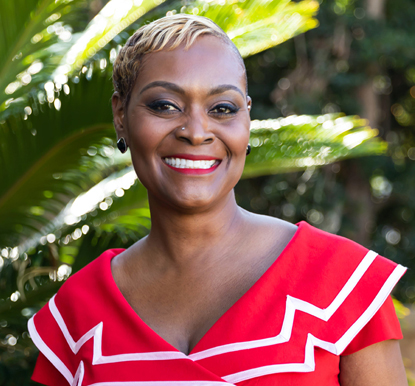 Lake Forest Home
Jackson, who has been in accounting for 35 years, is well known in Orange County accounting circles. In 2011, she received a Business Journal Women in Business award.
Successfully blending different operations and corporate cultures as the result of acquisitions by Squar was a primary responsibility for Jackson.
“My 20 years at Squar Milner was absolutely amazing,” Jackson said. “It was time for me to continue to fly. I really wanted to leapfrog into a different organization.”
At BPM, Jackson, who continues to call Lake Forest home, oversees business operations such as development, information technology, human resources, and marketing; the only unit that doesn’t report to her is client sales. Her experiences span from industries such as manufacturing and distribution, real estate and construction to property management, food services and professional services, BPM said.
“We want to continue to expand our footprint in Orange County, as well as San Diego and Los Angeles,” she said. “We’re looking to attract amazing talent in banking, finance, technology, real estate. BPM is a firm where culture really matters.”

Nonprofit Circle
Jackson is also well known in nonprofit circles where among other entities, she sits on the boards of the Pacific Symphony, Presidents Advisory Board of Concordia University, California State University, Fullerton’s Board of Advisors Center for Leadership and the Center for Investment & Wealth Management Advisory Board.
In 2015, she began Leadership in Heels, a women’s speaker series.
Within the firm, Jackson supports BPM’s Inclusion Now! diversity initiative and is a member of the American Institute of Certified Public Accountants’ Women Inclusion Executive Committee.
Jackson received the Los Angeles African American Vanguard Award and Farmers & Merchants Bank’s Woman of Courage Award, among other accolades.
Jackson said her greatest accomplishment has been raising “three amazing sons as a single mom.”
When asked to provide some examples of challenges Jackson faced in her career because of race or gender, she quipped, “How much time do you have?”
“When I started going to major firm events 15 years ago, I was the only Black in the C-Suite. Nowadays, I’m still the only Black in the C-suite,” Jackson said. “There are still just a handful of women. It’s challenging when you are the different person in the room.
“The biggest challenge is the lack of diversity of thought. There are perceptions. Your style is challenged. I don’t communicate the same way. Men are known to have few words. Women talk much more.
“We Blacks are very direct where people may focus on being politically correct.
“When we have diversity of thought, it’s not just about race. We have an ability to attract more talent and a variety of clients.”