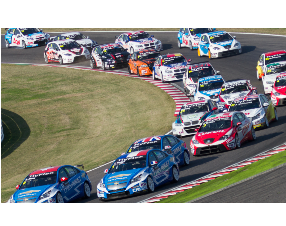 Sales of new vehicles at Orange County auto dealers for the first nine months of the year increased 1.1% to 147,360, according to the Orange County Automobile Dealers Association.

The Newport Beach-based association gets its data from new vehicle registrations in the county. Its latest Orange County Auto Outlook report said car sales for the three quarters were up to 78,932, or 53% of the total, with light trucks accounting for the rest. Total registrations during the last quarter—which includes September, August and July—dipped 0.5% to 50,848, while September-only sales were down 7.5%.

Local auto sales “have reached their cyclical peak and will now start to drift lower,” the report said, and “attention has now shifted from asking how high the market will go, to how fast it will fall.”

Toyota Motor Co. accounted for the biggest share of the OC sales during first nine months of the year—16.8%, and above its U.S. market presence, where it commands 12%. Other strong performers in the county during the same time period include Honda Motor Co. with 14.1%, which nearly doubled its national footprint of 8.5%; Mercedes with 6.1% local market share and 2.1% of U.S. presence; followed by BMW and Lexus, each garnering a 4.3% of the OC market and with a 1.8% national footprint.

Several automakers with North American headquarters in Orange County—Kia Motors America Inc. in Irvine and Cypress-based Mitsubishi Motors North American Inc. performed slightly worse locally. Kia accounted for 3.6% of OC sales for the first nine months of the year, while it picked up about 3.8% of the national market.

Hyundai Motor America Inc. in Fountain Valley’s OC market share was 5.3%, slightly better than its U.S. footprint at 4.5%. Mazda North American Operations in Irvine accounted for 3.3% of local sales and 1.7% of national ones.