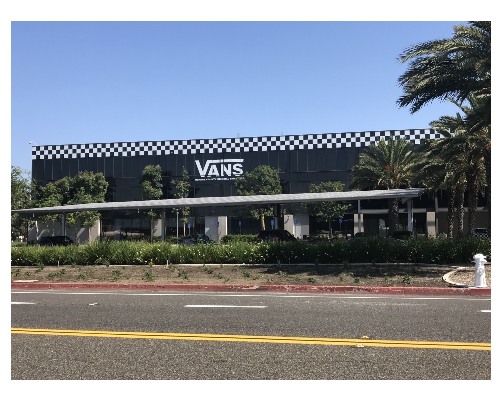 Primary Color Systems Corp. plans to move its operations to Cypress—to the office and warehouse complex that Vans Inc. called home for a decade before moving to Costa Mesa this summer.

The commercial printer has about 320 employees working at three locations—it runs wide-format digital printing projects and fabrication from its headquarters in Costa Mesa, while lithography and small-format digital printing is done in El Segundo. It also operates a fulfilment and distribution center in Irvine. All three will be consolidated into an 184,000-square-foot space by the end of the year. The move will create workflow efficiencies and increase project turnaround times, according to President Dan Hirt, whose parents, Walter and Elisabeth, founded the company in 1984. “We see a lot of savings,” Hirt said.

Primary Colors, which last year posted $68 million in revenue, produces advertising materials for national retail and restaurant chains, including Anaheim-based Pacific Sunwear of California Inc.; Tilly’s Inc. in Irvine; Del Taco Restaurants Inc. in Lake Forest; and El Pollo Loco Holdings Inc. in Costa Mesa. It also has a variety of clients in the entertainment industry and plans to continue to serve them from its Toluca Lake creative office.

The two-building campus off Katella Avenue—totaling about 540,000 square feet—was home to Panasonic Co. of America in the 1990s, and Vans moved there in 2007. Primary Colors is taking over the smaller building, while Shaw Industries Group Inc.—a Georgia-based flooring manufacturer that has its West Coast headquarters nearby—just signed a lease for 234,000 square feet of warehouse space in the adjacent structure. The deal was brokered by Cushman & Wakefield Inc.’s Rick Ellison on behalf of building owner Stockbridge Capital in San Francisco. Ellison is now looking for a third tenant that would take over the remaining 104,354 square feet—Vans’ former office space at 6550 Katella Ave.

Meanwhile, the apparel and footwear designer has settled into its new 180,000-square-foot digs in Costa Mesa, complete with a skate bowl, music room, and a full-time barista.