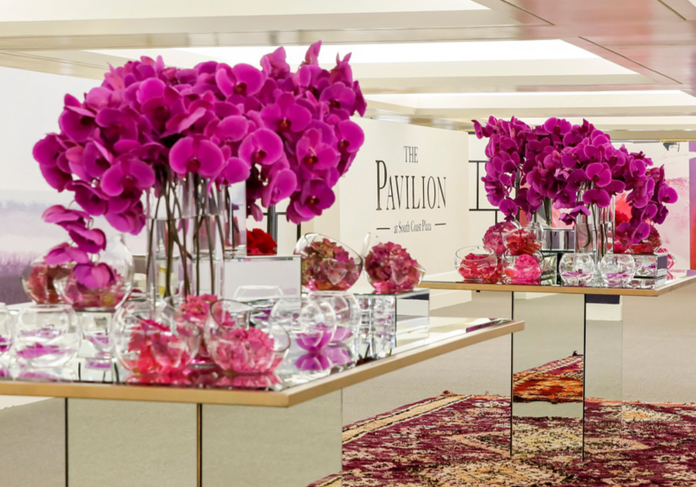 It was no surprise this year’s list of OC’s largest shopping centers reflects the less-than-stellar physical foot traffic the industry’s seeing.

The lackluster performance, partially due to the pandemic’s restrictions on non-essential business operations in the early days of the shelter-in-place order, helped drive an overall decline of 20.4% in taxable sales to $6.7 billion for companies on this week’s list.

That was generated across the 25 largest centers on this year’s list for the 12-month period ended June 30.

Of the centers that reported their performance to the Business Journal, 15 noted declines in taxable sales. Three—The District (11.1%), No. 9 Costco Center in San Juan Capistrano (9.1%) and No. 21 Plaza de la Paz in Laguna Niguel (3.5%)—saw increases. Each of those three centers includes large big-box tenants doing well in the pandemic, like Home Depot, Lowe’s and Costco.

A few changes to the ranking occurred this year, although the top five remained relatively intact, except for The District at Tustin Legacy and No. 5 The Market Place switching spots this year.

To be fair, there’s nothing normal about the results of this year’s list, with roughly a quarter of the period being measured spent in full lockdown. The list also doesn’t reflect the shift in spend as consumers flocked to online shopping, thereby offsetting, in some cases, sales lost at brick-and-mortar.

Next year’s list is likely to be even more indicative of current retail performance locally, given it would take into account the traditionally busy back-to-school selling season, in addition to the upcoming Black Friday start to the holiday period amid the pandemic.

OC retail chains’ outlooks could provide some look into what malls and power centers might see play out in the coming weeks. Some are sounding upbeat, while others are cautious about the final stretch of this calendar year.

The Western-inspired and workwear retailer is also not looking to give in to this year’s pandemic-induced retail challenges with what he called “massive sales,” as has been the case among some retailers even before COVID.

“I know some other retailers are probably going to be out early with more promotional pricing, and it’s just not a strategy that we think would work for us,” Conroy told analysts.

5.11 Inc. CEO Francisco Morales told the Business Journal in late September that the upcoming holiday season would likely be strong and nothing outside of the normal realm of promotions was expected.

“We normally participate in Black Friday,” Morales told the Business Journal. “Our customers enjoy it and it’s a great time for people to load up either on new stuff or gifts for the holiday.”

Many, however, will wait to see how things shake out rather than make any predictions about in-store versus online trends, particularly should there be another round of lockdowns or consumers self-regulate and choose to do less shopping in person or at all.

“We do think there probably will be something of a larger shift towards e-comm than even [what] we typically see during the fourth quarter,” Tilly’s Inc. (NYSE: TLYS) CFO Michael Henry told analysts in September. “Where exactly those things fall out is anybody’s guess.”