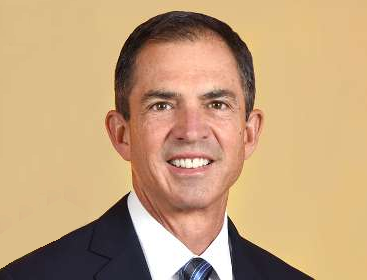 Irvine Co. is no longer just a partner to coworking companies.

After months of hinting at a new service, the area’s dominant real estate company has launched its own flexible office product that expands and replaces its existing ReadyNow suites program.

The offerings could be seen as a slightly more formal—and far more financially secure—option for prospective tenants to other coworking spots in the area.

It’s a variation of the growing national trend for more shared space office offerings, but, company officials note, not an outright coworking spot—tenants using Flex Workspace will have their own dedicated spaces, and not share their office space with others.

The program is initially dedicating roughly half a million square feet for the suites program.

By way of comparison, the 20 largest coworking companies in OC currently occupy some 2 million square feet in the area.

The Newport Beach-based firm counts 550 office buildings in its portfolio, a majority of which are in Orange County. It has nearly 50 million square feet of office space under management.

The firm, California’s largest office owner, plans on using its size and reputation to boost demand for the new program, whose efforts just kicked off.

The program now includes 55 suites at its pool of local office properties.

The company is currently retrofitting vacant offices and floors at properties such as Jamboree Center, UCI Research Park, and in the Spectrum that will launch later this month.

Flex Workspace joins the growing ranks of flexible space operators in Orange County, many of which have deals with Irvine Co.

This includes WeWork, the New York-based operator with a fast-growing trajectory locally, but with recent concerns of sustainability.

Irvine Co. is touting its status as a “well-financed, private owner who retains its properties long term and who offers decades of experience and acclaimed five-star service.”

It also notes it’s different than traditional coworking operators, as it nixes the idea of hot desks and open offices for private suites, which are more suited for enterprise business.

“Our offering is different than coworking because it targets companies that want their own private suite, custom branded for their respective company so they can build their brand and culture,” Case said.

“We think the two types of flexible offerings are very complementary.”

Rather than bringing in one- or two-employee firms, Flex Workspace will target more established companies, albeit perhaps those without dedicated real estate resources.

Large enterprises are expected to take advantage of the offering.

“We believe that over the next five to 10 years, many of our large-company customers will be benefiting from Flex Workspace+ as part of their workspace footprint,” said Doug Holte, president of Irvine Co.’s office division.

Irvine Co. is also touting customization as a perk to its service—companies can sort through furniture, branding and technology options, with spaces ready in 30 days.

It has partnered with design and architecture firm Gensler, and furniture company Herman Miller for its new space options.

Larger companies may ultimately choose to lease an entire building through Flex Workspace.

Case pointed to studies that found about 20% of Fortune 1000 companies’ future office spaces will be in a flexible configuration. Many of those firms now utilize offerings from WeWork and its coworking competitors.

This is due to the uncertainty of a company’s five or 10-year business plan, and accounting incentives that favor shorter-term leases.

Leases start at six months. Pricing varies on the length of the lease, and the level of customization a tenant wishes to tack on.

“We can deliver a fully furnished, branded and data connected suite in 30 days,” said Case, adding that leases, of course, include the Irvine Co.’s vast amenity options.

“Companies will have just one point of contact, rather than nine different vendors and coordinators, to simplify and streamline the entire leasing and move-in process.”

Heading this process is a former executive from a flexible space operator, New York-based Knotel Inc.

Brian Brown was formerly head of real estate and business development at Knotel, which bills itself as a steadier version of WeWork, with north of 200 locations in the U.S. and internationally.

It recently wrapped a $400 million round of financing in August, and is valued at around $1 billion, according to news reports.

Knotel’s business strategy is similar to what Irvine Co.’s program proposes to do: operate simply and efficiently by focusing on enterprise business.

“Brian has had tremendous success building the company’s brand on the West Coast from scratch, and he is a perfect fit for us because of his experience working with enterprise business, and landlords,” Case said.