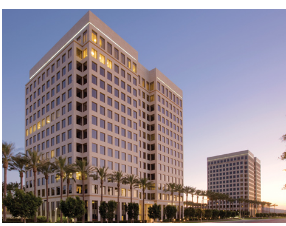 Irvine-based CoreLogic Inc. (NYSE: CLGX), a provider of data for real estate and insurance industries, said a preliminary vote tally shows it has won its proxy battle at a special meeting today.

Activist shareholders took only three of the board’s 12 seats as they removed J. David Chatham, Thomas C. O’Brien, and David Walker. These three are the longest-serving directors on the board and their removal was recommended by institutional Shareholder Services, which analyzes proxy votes for institutional shareholders.

However, almost 50% of the shares cast voted to remove Folino, the activists said in a statement. The shareholders voted by more than 86% to remove the three longest-tenured directors, the statement said.

The Senator and Cannae offer for $66 a share, or about $5.3 billion, is being led by Bill Foley, who was well known in Orange County circles in the 1990s as the chief executive of Fidelity National Financial Inc. (NYSE: FNF), a title insurer once based in Irvine and which has since relocated to Florida.

CoreLogic said other offers that may top $80 a share are being discussed.

“Today’s vote is a clear mandate from shareholders for CoreLogic’s Board to promptly engage in good faith with all bidders for the company and to maximize value,” Quentin Koffey, a partner in the Senator Investment Group, said in the statement.