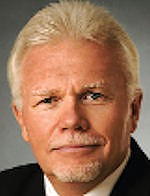 Rogers: “We’re not going to be like other stations and start ignoring Orange County”

Stories this photo appears in:

MEDIA: Move will bring added dues; plans to work with others