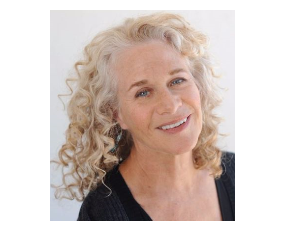 The Segerstrom Center for the Arts in Costa Mesa plans to mark its 30th anniversary with a fundraising concert headlined by Grammy Award-winner Carole King.

Proceeds from the Candlelight Concert fundraiser, scheduled for its usual first–Friday-in December date on Dec. 2, will benefit the center’s artistic programs. Luxury jeweler Lugano Diamonds and Wells Fargo have signed on as main sponsors.

The event program is set for a red carpet entrance and cocktail reception, followed by the fundraiser concert in Segerstrom Hall, dinner and dancing. Tracy and Roger Kirwan and Jaynine and David Warner are co-chairs of the event.

King, who sang “You’ve Got a Friend” on the final night of the Democratic National Convention, is well known for co-writing hits “Take Good Care Of My Baby,” “The Loco-Motion,” “Up On The Roof,” “Chains,” “One Fine Day,” “Hey Girl,” “I’m Into Something Good” and Aretha Franklin’s “Natural Woman.”