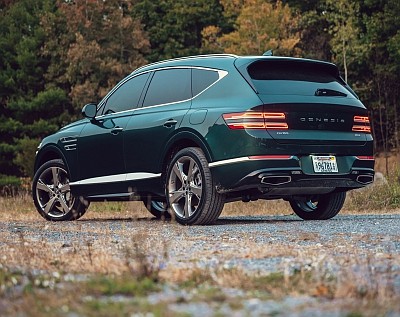 September sales slipped for many automakers due to ongoing inventory constraints, with Genesis Motor America Inc. being the one bright spot locally.

The luxury automaker sold 4,867 vehicles, up 332% from the year-ago period. Sales for Fountain Valley-based Genesis were led by the GV80 SUV, with 1,749 sold.

Fountain Valley-based Hyundai Motor America Inc. sold 53,800 vehicles in September, down 2% from a year earlier. Sales were led by the Tucson compact SUV, with 9,896 sold.

Irvine-based Kia America reported 52,906 vehicles sold last month, down 4.7% from a year ago. Sales of the Telluride SUV (9,278) and Forte compact (9,186) were particularly strong for the automaker.

Mazda North American Operations of Irvine said it sold 24,045 vehicles in September, down 0.8% from the year-ago period. The company’s CX-5 crossover had the largest number of units sold for the month, with 13,094.