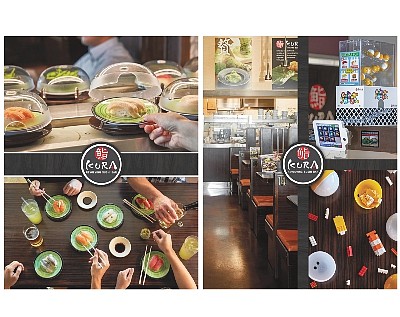 Kura, which currently counts 32 restaurants, reported total sales of $18.5 million for its fiscal third quarter ended May 31. That’s up from $2.8 million a year ago. Analysts on average expected revenue of $15.5 million.

Net income totaled $800,000, compared to a $9.2 million loss in the year-ago period and beating consensus estimates of a $4.8 million loss.

Kura Sushi has so far this fiscal year opened seven new restaurants, which has helped push the chain to five new markets.

“Fiscal 2021 was a record development year for Kura, and we expect to maintain this growth momentum in fiscal 2022,” said President and CEO Hajima Uba in a statement.