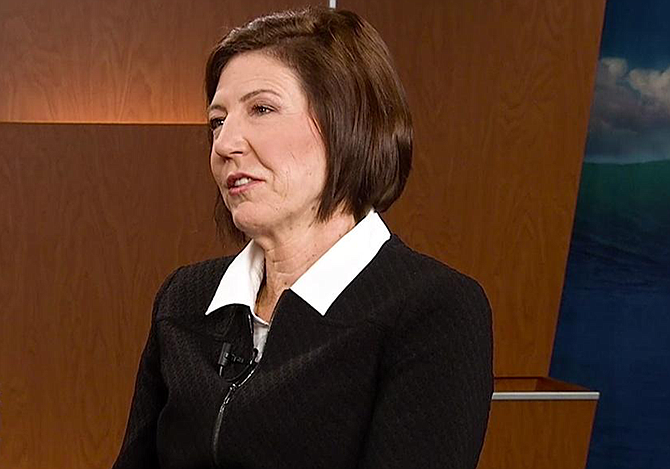 “She courageously fought this disease while still leading this department. Her fight was successful for eight years,” current OC Sheriff Don Barnes announced in a statement on Monday, “Unfortunately, the cancer recently returned and Sheriff Hutchens passed this morning with her loved ones by her side.”

Hutchens, 66, was diagnosed with breast cancer in November 2012, according to Barnes. She is survived by her husband, Larry.

Barnes said she was a personal friend and mentor for him and many others within the department, adding that he will “continue to be inspired by her commitment to always do the right thing, regardless of the consequences, and serve with the department and community’s interests first without need for self-recognition.”

Hutchens was appointed sheriff by the Board of Supervisors in June of 2010 following the resignation of Sheriff Mike Carona in 2009, who was indicted on political corruption charges and later convicted on one count of witness tampering. She served as Orange County's 12th Sheriff from 2008-2019.

Keeping with Sheriff Hutchens’ wishes, there will not be a memorial service. Her family requests donations be made in her name to Drug Use is Life Abuse (www.duila.org) or the Susan G. Komen Foundation (www.komen.org), two charities she actively supported while in office.