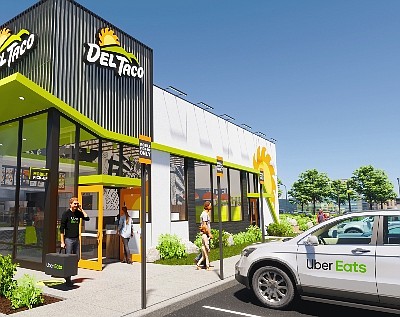 The chain, with about 600 locations, saw five Del Tacos opened in the quarter ended March 23 with plans for a dozen total to be opened this year. The company also signed two franchise agreements in South Carolina, Georgia and Florida for a total of 18 restaurants.

Del Taco reported revenue of $115.5 million in the March quarter. That’s up 5.2% from a year earlier and beating analyst expectations of $115.1 million.

The company swung to a profit in the quarter with adjusted net income of $2.5 million, versus the adjusted net loss of $300,000 in the year-ago period. Analysts on average expected a profit of $1.8 million.