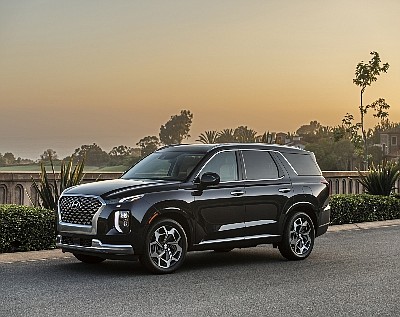 Some of Orange County’s largest automakers saw sales bounce back in March to end the first quarter on a strong note.

Kia Motors America Inc., headquartered in Irvine, reported 66,523 vehicles sold for an increase of 9% from a year ago.

Mazda North American Operations of Irvine reported a March jump of 104.2% from the year-ago period to 31,991 vehicles. Sales of the automaker’s CX-5 crossover led the highest unit volume with 15,080 sold.

Fountain Valley-based Genesis Motor America Inc., which earlier this week revealed its Genesis X Concept car, sold 3,006 vehicles in March. That's up 210% from March 2020, with the boost reflecting gains for the G70 and G80 alongside the addition of the GV80, the automaker’s first SUV, to its lineup.

Karma Automotive LLC and Rivian LLC, both of Irvine, do not report sales data.